Funeral of Irish missionary who survived kidnap by Islamic militants 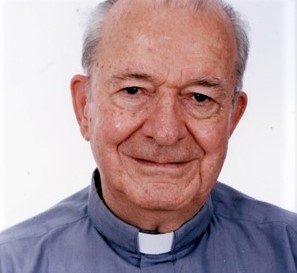 The funeral takes place today in Dalgan Park of Irish missionary, Fr Michael Sinnott, who was kidnapped in 2009 by Islamic militants in the Philippines and held for 31 days before he was released unharmed.

The Columban was handed over to police and government officials in the Filipino city of Zamboanga in Mindanao on 12 November 2009.

The Taoiseach at the time, Brian Cowen, responded to the news of his release by stating that the Government and the country were “relieved and thankful that the priest’s ordeal had been brought to an end”.

The Regional Director of the Columbans in the Philippines, Fr Pat O’Donoghue, described Fr Michael in 2009 as “a man of utter integrity who doesn’t see himself as being brave but who will do what he believes has to be done without fear of the consequences.”

Fr Sinnott was taken by six gunmen who stormed his residence near the southern city of Pagadian on 11 October 2009.

He was the third Irish Columban to be kidnapped in Mindanao. In 1997, Fr Des Hartford was held by Islamic militants for 12 days, and in 2001 Fr Rufus Hally was shot dead during an attempted abduction.

Fr Sinnott was born in Clonard, Wexford on 17 December 1929 and joined the Columbans in Navan in 1948. Following his ordination in December 1954, he finished postgraduate studies in Rome before being appointed to the Philippines in 1957.

His first term in the Philippines was spent in Iligan in Mindanao before he was appointed to the seminary staff of the Columbans in Ireland.

In 1976 he returned to Mindanao in the Philippines. For the next ten years he worked in the Pagadian area where he gained the reputation as a fearless defender of people and their rights.

He was vocal in his criticism of military abuses and local corruption and then brought the same energy to Manila during his four year term as Vice Director of the Philippine Region.

He set up the Hangop Kabataan (The Children’s Shelter) foundation for children with special needs in 1998.

In 2009, Fr Sinnott told Justice magazine that a running joke with his captors while he was held captive was the refrain, “You’ll be released very soon,” to which he would reply, “I’ll certainly be here for Christmas and the New Year”.

Instead, after 31 days in captivity, he was released and found himself back in his native Co Wexford in Ireland, amongst family and friends, celebrating his eightieth birthday and the festivities of the season.

Speaking about the Hangop Kabataan Foundation – a school for children with special needs – he explained that it was open to children of all faiths and none, as inclusivity was the ethos at the heart of the project.

“We pick up about 60 children every morning and bring them to the centre and also visit about 17 who are confined to their homes”, he said.

He was spurred to set up the community-based rehabilitation initiative by the lack of facilities for children with disabilities in Pagadian.

“There was nothing being done for them and when we started in 1998, an awful lot of the children were hidden away in their homes. Quite simply, their parents didn’t know what to do with them or how to help them.”