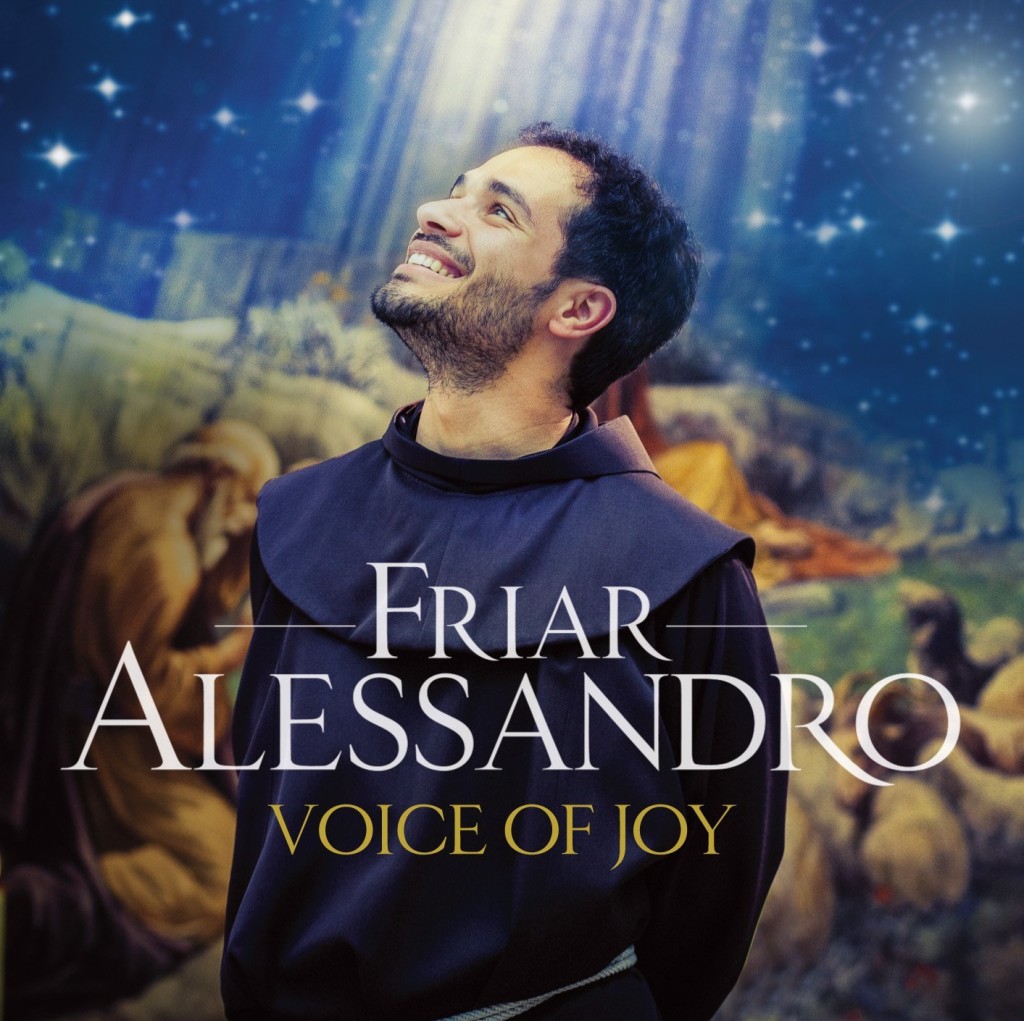 Celebrated Italian tenor, Friar Alessandro, best known as the Singing Friar from Assisi, has been confirmed for three Irish dates in March 2014 in Dublin, Galway and Cork.

Friar Alessandro shot to fame in 2012 on the release of his debut album Voice of Assisi.

The album went to number one in the UK Classical Charts and was nominated in the Best Album of the Year Award in the Classic Brit Award 2013.  His second album, Joy to the World, is out now.

His renown has seen him perform at the Royal Albert Hall in London and record at the famous Abbey Road studios with world famous producer Mike Hedges who is best known for his work with U2, the Manic Street Preachers and The Cure.

Friar Alessandro’s European dates so far this year have seen him perform in front of 5,000 people in Budapest and sell out Croatia’s largest concert hall.

The 34-year-old, a dedicated Franciscan Friar, is signed to Decca Records, part of the Universal Music Group.

In keeping with the vow of poverty made by Friar Alessandro, all proceeds from his singing career go straight back to the Franciscan Order’s charitable works.  All profits from the Irish concerts will go directly to the Franciscan Mission in Zimbabwe.

Friar Alessandro’s first Irish performance takes place in Dublin on St Patrick’s Night, 17 March 2014, at 7.30pm in Merchant’s Quay Friary Church. Tickets are available at the door or can be purchased in advance from the Friary Offices, Merchants Quay, Dublin 10am-1pm weekdays. Ticket Prices are €7, OAPs/students €5 or €20 for a family ticket.

Galway welcomes Friar Alessandro to Galway Cathedral on 21 March 2014 at 7.30pm. Tickets are available at the door or can be purchased in advance from The Abbey, 8 St Francis Street, Galway9am-6pm Mon-Sat. Ticket Prices are €7, OAPs/students €5 or €20 for a family ticket.

Finally Friar Alessandro performs his final Irish concert in Cork’s St Francis’ Friary Church on 22 March 2014 at 7.30pm.  Tickets are available at the door or can be purchased in advance from the St Francis’ Friary, Liberty Street, Cork City, 9am-6pm Mon-Sat. Ticket Prices are €7, OAPs/students €5 or €20 for a family ticket.

“We are really pleased that we are able to secure the Irish concerts,” Bro Pat said. “As well as being an extraordinarily talented and successful singer, Friar Alessandro is a dedicated member of the Franciscan Order. He is in charge of music in one of the main basilicas in Assisi, so he doesn’t travel to do concerts very often.”

The supporting musicians at Friar Alessandro’s concert will be Marina Cassidy, harpist and singer, accompanied by organist Declan Walsh.

Marina is originally from Co Meath who lives in Killarney. In 2011, Marina was made a Fellow of the Guild of Musicians and singers in the UK.

Friar Alessandro was born in Perugia, Italy in 1978. Further details of his incredible life story are available on his website at http://friaralessandro.com/about

All proceeds from Friar Alessandro’s concerts go towards charity. Followers of St Francis of Assisi, Franciscans are not dedicated to any specific tasks and can do virtually any work as long as it is in keeping with the Christian Gospel.

What distinguishes them is their spirituality, or the combination of ideals, attitudes, practices and devotions that characterise a life of prayer, brotherhood and service. Their aim is to live the Gospel of Jesus according to the manner of St Francis.

The Irish Franciscan Province (OFM) was established in 1230. Irish Friars strive to live the Gospel of Jesus Christ, following the example of Francis of Assisi, ministering to God’s people throughout Ireland and in many other lands.

Today the Province numbers around 120 friars who witness to Christ within the Church and society as priests and brothers in a wide variety of ways.  They devote our lives to the search for God in a fraternity of prayer, simplicity, and service to others.

The OFM Franciscans have around 17,000 members worldwide, divided up into about 110 units, or Provinces which, in turn, are grouped into fifteen Conferences.

Further details on Irish Franciscans and the Franciscan way of life is available at www.franciscans.ie