Home > News > Father of Friar Alessandro training to be a deacon

Father of Friar Alessandro training to be a deacon 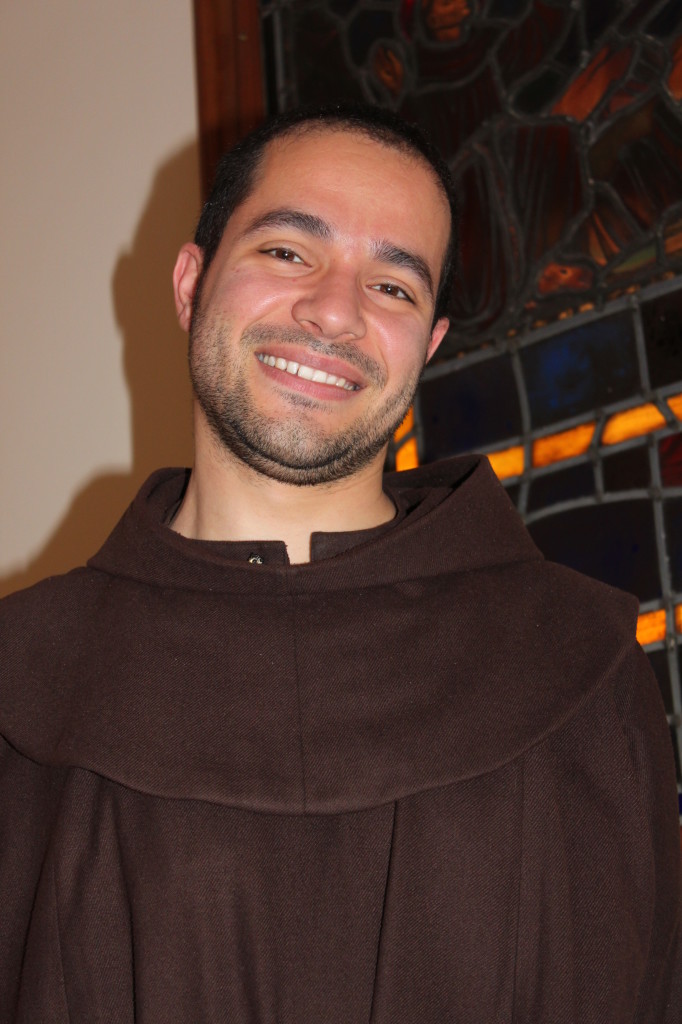 The father of Italian singing sensation, Friar Alessandro Brustenghi, popularly known as the ‘Voice from Assisi’, will be ordained a deacon to serve in the Church next year.

His son, who is a Franciscan friar and is increasingly in demand all over the world, told CatholicIreland.net that though his parents were non practicing catholics when he joined the Franciscans, they subsequently found their faith.

Now, his father is preparing to serve in his local parish in a small village near the city of Perugia.

His own faith journey was quite chequered.

He was “close to atheism at 15” and was following a philosophy which led him to believe that the “people around me were just projections of my mind – a product of my thought – and that I was alone. I was in crisis.”

“Then I asked God to help me. For me, God was just a product of my thought – it was a projection of my ego. And so I told him, if you really do exist, give me a sign of your presence.”

“And he gave me one in a moment of prayer. I was laying down in the grass and I felt inside of me a special love for all creatures and people and everything changed in my life. It was a mystical experience.”

He said that after that , he “no longer toyed with the idea of God. God is a person – a presence. After I discovered this, I discovered that Jesus was calling me – I wanted to become a friar. I received this vocation but my parents and I were fighting about this. Some months I joined the order.”

Subsequent to his decision to join the Franciscans, his parents and his sister, who is older than he is, found faith.

Bro Alessandro, who turns thirty-six next month, debuted with ‘The Voice of Assisi’ two years ago, a compilation of sacred and traditional songs from opera. He now has two albums under his belt and there are plans for more.

All the funds raised by the sales of his albums support the Franciscan’s mission in places like Kazakhstan and Congo. The concerts in Dublin, Galway and Cork will support the Irish Franciscan’s work in Zimbabwe.

He performed in Merchant’s Quay in Dublin on Monday evening and later in the week he will perform in Galway Cathedral and afterwards in the friary in Cork city.

Accompanying him in Ireland is Friar Eunan McMullan from Co Armagh. He is a member of the Franciscan province in Italy and as a former barrister, advises Friar Alessandro on all his contracts.

Bro Eunan McMullan joined the Italian province of Franciscans nine years ago and spent three years studying with Bro Alessandro before they both took their vows of chastity, poverty and obedience.

Bro Eunan explained, “I used to be Director of Legal Services for the Police Ombudsman’s Office. I was Nuala O’Loan’s legal adviser before joining the friars.”

When he joined the religious order in Assisi, he didn’t think he would be able to use his legal skills again because Italy operates a different type of legal system.

However, just over two years ago, in December 2011, he got a call from Bro Alessandro asking him to accompany him to a meeting with two representatives from Decca Records.

“I went along and within twenty minutes they were offering him a contract,” Bro Eunan recalls, acknowledging that his experience with the fair employment office might have helped him iron out some of the legal niceties of contractual law for his friend.

Asked about the temptations of having so many adoring female fans, Friar Alessandro told CatholicIreland.net, “When you live this type of life you discover it is very difficult to fall into temptation!”

He explained that he is strictly organised and always accompanied by another friar. They stay in friaries not hotels.

For the young friar who was born near the ancient Italian city of Perugia, he would swap the lot tomorrow to spend the rest of his life in his carpentry workshop as wood is his other great love.

“But I can’t do that because I am committed to this mission which I do for other people because God wants it,” he explains and adds that he is constantly receiving mail from fans who have found solace from their depression and suicidal thoughts through his music.