Tributes paid as Fr Martin Clarke is laid to rest 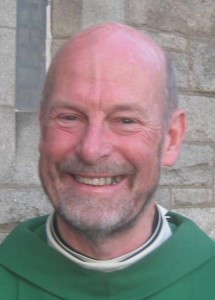 Hundreds of mouners are expected at the Sacred Heart Church in Dublin’s Donnybrook today for the funeral mass of Fr Martin Clarke.

The former spokesman for the Irish Bishops’ Conference, and leader of Catholic Youth Care, died on Wednesday 23 October 2013 at St Vincent’s Private Hospital after a long illness.

Fr Clarke was appointed parish priest of Donnybrook in 2009, but had been away from ministry for over a year.

Yesterday evening Bishop Eamonn Walsh was at Donnybrook church for the reception of Fr Clarke’s remains, and later at 7pm, parishioners from both Donnybrook and Monkstown parishes gathered for a “service of prayer of thanksgiving” around his coffin.

Today, Fr Conor Harper will be the chief celebrant at his funeral mass at 10am, with long time friend and colleague, Fr Dermod McCarthy giving the homily.

“He was a man of huge integrity with a great energy and enthusiasm for the Gospel,” Fr McCarthy told CatholicIreland.net

According to Fr Kevin Doran, administrator in Donnybrook, Fr Clarke very much wanted to return to ministry as Parish Priest of Donnybrook.

“During all the time of his illness, while his body stubbornly resisted treatment, his mind was very focused. He was really only getting started in Donnybrook when his illness took hold,” he said.

Fr Doran told CatholicIreland.net that Fr Clarke’s watchword was “We are an Easter people. Alleluia is our song!”

A native of Booterstown, Fr Martin trained as a solicitor and, following qualification in 1970, practised law for five years.

In his spare time, he used to work with young people in DunLaoghaire, and “seeing their needs, he decided to turn his thoughts to the priesthood,” Fr McCarthy recalled.

Fr Martin’s first parish appointment following his ordination was as curate in Celbridge which, even in those days, was showing signs of the growth which has since overtaken what was once just a village on the outskirts of Dublin.

In 1983, Fr Martin was appointed Director of Catholic Youth Care, building on previous involvement in youth ministry during his years as a student and a practising solicitor.

These were years of significant expansion in the youth service of the archdiocese of Dublin, as developing parishes in Tallaght, Clondalkin and other recently developed areas grew to maturity, alongside established centres of population such as Swords, Dun Laoghaire and Bray.

Together with Fr Dermod McCarthy, he founded St Kevin’s community. The  lifelong friends were living in the house on Marlborough Street beside the Pro Cathedral. “Over late night chats over G&Ts we came up with the idea of St Kevin’s community based around Taizé music. We invited Br Roger and it took off.”

Over time, Fr Martin became a close friend and mentor to many young people in St Kevin’s, and through his work, in CYC.

In 1997, at the beginning of a very challenging period in the life of the Irish Church, Fr Clarke was appointed Director of Communications for the Catholic Bishops’ Conference.

In this role, he also served as Director of Veritas Publications. On completion of his term in 2003, he went on to serve as Director of Communications for the Archdiocese of Dublin.

He initiated a development plan which would have seen the renovation of the presbytery, the church and the parish centre. It was one of his major disappointments that he was unable to see this project through to its completion according to Fr Doran.