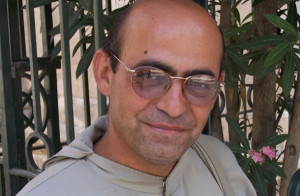 New figures show that as many as fourteen Catholic priests have been murdered so far this year.

According to Vatican Insider, Colombia is the most dangerous country for the Church’s clergy, with four priests killed there since the beginning of 2013.

Elsewhere, two priests were killed in Mexico while each of the following countries has seen one murder of a priest – Brazil, Canada, Haiti, India, Italy, Syria, Tanzania, and Venezuela.

In Italy, Fr Giuseppe Peterlini was killed in the town of Marano in the province of Trento.

The religious news blog ‘Il Sismografo’ shows that the Americas top the death list with 10 priests killed in the region.

Fr  Alvarez was pastor of the church ‘María Auxiliadora’. He was killed in the city of Ensenada, in the region of Baja California. The body of the priest was found in his home next to the parish in El Sauzal de Rodriguez.

One priest was killed in Venezuela:  Jose Ramon Mendoza (17 February); one in Canada: Louis Bourgeois, who was attacked on 15 October 2012 and died on 14 February; one in Haiti: Canadian priest Richard E. Joyal (25 April) and one in Brazil: Elvis Marcelino de Lima (13 July).

Asia is the continent with the second highest number of priests killed this year, although figures are much lower than in America. One priest was murdered in India: K. J. Thomas (1 April) and the other in Syria: Francois Murad (23 June).

Syrian priest Fr François Murad was killed in Gassanieh, in northern Syria, in the convent of the Custody of the Holy Land where he had taken refuge.
According to local sources, the monastery where Fr Murad was staying was attacked by militants linked to the jihadi group, Jabhat al-Nusra.
Fr François (49) had taken the first steps in the religious life with the Franciscan Friars of the Custody of the Holy Land.
After being ordained a priest he had started the construction of a coenobitic monastery dedicated to St Simon Stylites in the village of Gassanieh.
After the start of the Civil War, the monastery of St Simon had been bombed and Fr Murad had moved to the convent of the Custody for safety reasons and to give support to the remaining few Christians, along with another religious and nuns.

In Africa and Europe, one priest was killed in Tanzania: Evarist Mushi (17 February) and 88-year-old Giuseppe Peterlini was found killed with stab wounds to his body at his presbytery in the Italian town of Marano d’Isera, near Rovereto last Wednesday.