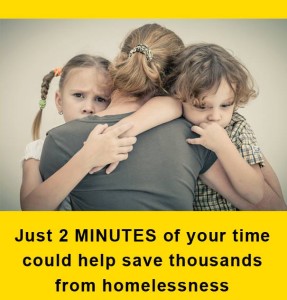 Focus call to send its petition to Government

Focus Ireland has launched a petition to urge the Taoiseach and Government to honour the Constitutional Convention recommendation for a ‘Right to Housing’.

Last February the homeless charity welcomed the Constitutional Convention recommendation that the Constitution be amended to include a Right to Housing (as one of a number of Economic, Social and Cultural Rights).

“This was a landmark moment as it will have a massive impact for those who are homeless or at risk,” said a Focus Ireland spokesperson.

The Government has committed to responding to Convention recommendations within 4 months. This particular issue should have been addressed by the end-of-July deadline yet, according to Focus Ireland, nothing has happened.

“With tens of thousands in negative equity, in mortgage or rent arrears, on waiting lists or facing homelessness we think this is just too important and issue to forget,” said Focus Ireland.

So the charity has launched a petition on Facebook and its website to encourage people to remind the Taoiseach and Tánaiste of this issue and to respond positively to the Convention as a matter of urgency.

Homeless continues to grow in Ireland and figures released on Monday (4th August) show that 39 families became homeless in Dublin during July. Focus Ireland called on the Department of Social Protection to ensure that rent supplement payments to match real rent levels to help prevent people, especially families, from losing their homes.

“A lot of the families that are becoming homeless and others we are supporting to try to prevent them losing their homes have been forced to top-up the rent supplement to meet the market cost of rent as the rent supplement doesn’t cover the rent,” said Mike Allen, Director of Advocacy Focus Ireland. “Paying this top-up month on month is clearly not sustainable and it just pushes families deeper into debt and nearer to homelessness.”

Focus Ireland said the Government must raise rent supplement rates to stop the rise in homelessness due to inability to pay ever increasing rents.

Mr Allen said: “It is not credible for the Government to accept homelessness is at crisis point yet not take this straightforward action to prevent it.”

The situation is continuing to deteriorate while a ‘Review of Rent Supplement Levels’ is taking place.

Homelessness is also critical in Cork where Focus Ireland has had to expand staff from 3 to 12 (volunteers and interns) to help meet the growing demand for support and prevention. The number of inquiries to the homeless charity doubled from 20 to 40 each month from families and individuals who are in serious difficulties.

Focus Ireland Cork has reported that in some cases families are living in cars.  Because of a lack of family emergency accommodation some families who become homeless are broken up, with mothers and children under 12 going to one centre, fathers to another, and teenage boys to emergency foster care or a Garda station.

Across Ireland Focus has reported a sharp rise of 25% in the number of people its prevention and support services worked with last year. The charity supported over 10,000 people – who were homeless or at risk of losing their homes nationwide – in 2013 compared to 8,000 in 2012.