First Communion days will go ahead in Carlow parish 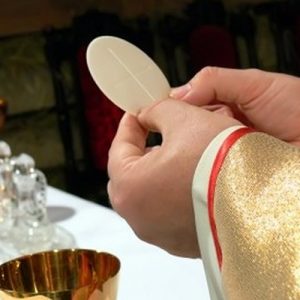 A priest who told parents that they were welcome to bring their children to make their First Holy Communion at any time has reversed his decision.

Fr Tom Little told parents of children at three Co. Carlow schools – Askea National School, the Gaelscoil and Tinryland National School – who were due to make their First Holy Communion next year, that the children could do so on “any Mass day” being held next May or June.

Parents were upset at the prospect of their children not celebrating their First Communion Day with their classmates. Ann Lennon McNamara, whose daughter Isobel attends one of the schools, started a petition against the move in the hopes that the community’s opposition would convince the parish to reverse its decision.

“My girl, who is in second class, saw her brother celebrate his communion last year with his entire class. It was a great family day out and he had loads of fun with all his friends. Everyone also had a small role to play in the church, which made their communion even more special,” she told the Irish Independent. “Isobel was so excited for her big day next year and when she found out that she may have to celebrate it without all her friends she was extremely disappointed.”

However, on Wednesday the parish priest released a statement clarifying the issue and reassuring parents and children that there would be specific First Holy Communion days for the children making their First Communion in the three schools.

In the letter, Fr Little said that meetings had been held to discuss the programme for communion in the parish. “First Holy Communion practice does not seem to be working, as the children are not being brought regular to Mass,” he wrote. “The emphasis seems to be on celebrating the BIG DAY rather than forming a spiritual relationship with Jesus.” he wrote.

The priest wrote he was “convinced that each child likes to go to Mass” and that the suggestion was made that from the date they are enrolled the “children would be brought each Sunday to the regular Mass in their respective parishes”.

He added it was his continued hope that parents would take more ownership of the communion programme by “helping the school and the parish to enlighten the children of God’s love” and that it was evident at the meeting that parents felt that the children would like to celebrate the day of First Communion with their classmates. To that end the children will now be able to celebrate their first communion with their classmates on various dates next May. Fr Little said he regretted any confusion caused.

Interviewed by Matt Cooper on Today FM, Fr Little said he understood it was not always easy for parents and children to come to Mass every Sunday. “But I do believe that we need to nurture friendship with Jesus and the only way that I know is to regularly pray, to live a Christian way of life, to listen to God’s word in the Scripture and to celebrate our human goodness and it [coming to Mass] is absolutely the best way to prepare for receiving Holy Communion.”