Families, homeless and migrants in focus in Christmas messages 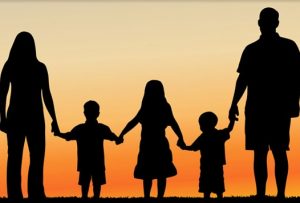 Christmas is a family time. Families are important for our own well-being and for the society we live in, said the Bishop of Kilmore, Leo O’Reilly. They nourish us, support us and give us a sense of belonging. The family is also “the place where faith is nourished and grows in us”.

“Because families are important, homes are very important too”. In a recent interview, Father Peter McVerry spoke about how homeless people dread Christmas, because they have nowhere to go, said Bishop O’Reilly. “Christmas makes them feel more lonely and isolated than ever.”

But Jesus himself began his life on this earth homeless and poor. “When Christ was born he identified with the 2,400 Irish children who are homeless at present, and with the tens of thousands who are living in poverty. He identified with the thousands fleeing war in the Middle East, poverty in Africa and persecution in Pakistan and Afghanistan,” he wrote in his Christmas message released yesterday (Thursday).

“For Christians, thinking about these people as we celebrate Christmas is bound to make us feel a bit uneasy – that amid so much poverty and need we enjoy such plenty. It’s a healthy unease and a holy unease. Christmas challenges us to open our hearts in compassion to those who are in need, who are homeless, or who are refugees. It reminds us of Christ’s words: ‘Whatever you did to one of the least of these, you did to me’.”

In their joint Christmas message, released on Monday last, the Catholic and Church of Ireland Archbishops of Armagh, The Most Revd Eamon Martin and The Most Revd Richard Clarke, spoke of how for a time Jesus was himself a migrant child.

“He and his family fled to a foreign country because their lives were at risk. The plight of so many hundreds of thousands of displaced people in the world today gives us all cause for thought. If our concern with our own identity allows us to think of others as less worthy of God’s love or less in his heart of love than are we, then we are both deluded and dangerous,” they said.

The joint message from the leaders of the Catholic and Church of Ireland Churches in Clogher also recognised that after his birth Jesus was immediately threatened by violence.

“As then in Bethlehem, so now in Aleppo, Mosul, Cairo … the emperors of the modern world use their servants and the little children are slain. Sometimes, in the face of such darkness, we may wonder how the world holds together at all,” wrote Church of Ireland Bishop John McDowell and diocesan Administrator Monsignor Joseph McGuinness.

Bishop of Elphin Kevin Doran pointed out in his message that people could sometimes idealise the Holy Family, but “the whole point of the Nativity was that Jesus was born into the real world, to be God With Us”. He said that “Joseph and Mary didn’t have it all sorted, but what makes the story of Christmas for me is that they were there together.”

The Christmas crib was a symbol of the God who loves us in the smallness of our humanity, said Bishop Doran, but also “an invitation to all of us to get our priorities right. Putting Christ at the heart of Christmas is about saying that the most important gift of all is the gift of ourselves that we give to one another, not just once a year, but every day.”