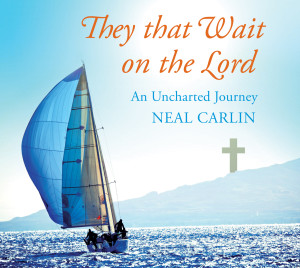 Fr Neal Carlin has said his hope for the future of the Church is that small basic communities based on the charism of the local saint, will “sprout up all over Ireland, like small springs to again irrigate this holy land of ancient saints and scholars”.

In his new book, They That Wait on the Lord, Fr Neal Carlin reflects on his own faith journey which has taken him from Northern Ireland and Scotland to America and Mexico where he has experienced emerging new communities and houses of prayer.

His new book also celebrates his fifty years of priesthood.

Fr Carlin says he believes parishes in Ireland need a statement of purpose, a pastoral council and “respect for what is happening in parish renewal programmes” as well as in the faith community.

“It is not an either – or choice, it is a both. There is dynamism and animation that I find in the small basic (faith) community,” he told CatholicIreland.net.

However, he cautioned against a kind of ‘clericalism’ among the laity.

“‘Unless the Lord build the house. they labour in vain…’, unless the lay people and the groups charged with ministry areas, and running the parish, and helping other people, unless they are people of prayer and are guided by the Spirit,” they will become clericalist, he warns.

His personal story of faith and of ‘waiting on the Lord’ is inseparable from the story of the Columba Community in Derry.

Founded in 1981 as the Columba Community of Prayer and Reconciliation, it was a lay community that worked with victims of the conflict in the North of Ireland offering counselling, support, mediation and prayer. 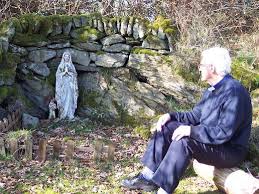 During those times, Fr Carlin could be found on the streets of the North’s cities and towns giving witness with other church leaders, or visiting those in prison.

The community opened a house of prayer called Columba House in the heart of Derry City to facilitate this work as well as St Anthony’s Retreat Centre in Burnfoot.

While he felt called by the Holy Spirit to set up the community, it took until 1995 for that community to be designated as a ‘Private Association of the Faithful’ by Bishop Seamus Hegarty of Derry.

Listening to the Holy Spirit and his own conscience, and to that of his superiors, he states, has been the cornerstones of his priestly life. It has not always been simple or easy.

Archbishop Eamon Martin of Armagh has written the Foreword to the book and in it he states of Fr Carlin, “Very early in his ministry, he became aware of the importance of ‘waiting upon the Lord’ and realised, as he says himself, that ‘God’s hand is above all the hands that attempt to control our lives’ – even our own!”

The Archbishop continues, “His powerful testimony helps us to realise that, even in our darkest moments, God provides; the Spirit can quietly make things happen.”

Archbishop Martin also expresses a wish that more priests would share their stories of faith, as Fr Carlin has done in his book.

“I believe that many priests have powerful testimonies to give about how God worked through them during dark times of conflict and struggle for the Church and the community. At this time in Ireland, it would be enriching and perhaps even cathartic if more priests were inspired to offer their testimony of a life lived in service of God and the People of God.”

The book also includes some reflections written by Fr Carlin over the years, which give an insight into his love of nature and the celtic soul, which sees God in all things.

He sees the sacred and the hand of God in the ordinary. The love of nature and the ancient Irish soul is made concrete in the Celtic Prayer Garden and IOSAS Centre.

They That Wait on the Lord is available from Columba Press.