The Week of Prayer for Christian Unity runs this year from January 18 to 25. In Dublin & Glendalough the inaugural service for WPCU 2019 takes place in the Church of St John the Baptist,[...] 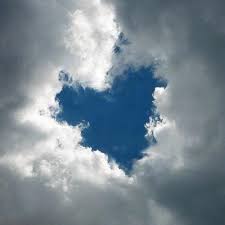 The Week of Prayer for Christian Unity

runs this year from January 18 to 25. In Dublin & Glendalough the inaugural service for WPCU 2019 takes place in the Church of St John the Baptist, Seafield Road, Clontarf on Friday January 18 at 8pm. This service is organised by Dublin Council of Churches and all are welcome to attend.

The theme is ‘Only Justice’ based on Deuteronomy 16: 18–20: “Justice, and only justice, you shall pursue”. Materials have been prepared by Christians from Indonesia.

There are numerous services and events taking place around the United Dioceses during the week.

On Sunday January 20 in Sandford Church, Ranelagh, there will be an RSCM workshop at 2pm led by Blánaid Murphy, chairperson of RSCM Ireland and director of the Palestrina Choir at St Mary’s Pro–Cathedral. This will be followed at 4pm by an ecumenical service.

All are welcome to both.

Cumann Gaelach na hEaglaise and Pobal an Aifrinn will hold their annual Interdenominational Service on Friday January 25 in Christ Church Cathedral, Dublin at 8pm. The service will be led by the Revd Gary Hastings.

Why the Theme :Only Justice

Indonesia is the largest country in South East Asia. About 10 percent of Indonesians are Christian with 86 percent of its 260 million people estimated to be Muslim. Indonesians have lived by the principle of gotong royong which is to live in ‘solidarity and by collaboration’, regarding all Indonesians as brothers and sisters.

But Gotong Royong sits ill at ease with the neo–liberal approach to economics that has led to economic growth, and corruption infecting politics and business, often with devastating effects on the environment. Meanwhile those who are supposed to promote justice and protect the weak fail to do so. As a consequence, a country rich in resources bears the burden of many people living in poverty. Particular ethnic and religious groups are often associated with wealth in ways that have fed tensions.

The Christians of Indonesia found that the words of Deuteronomy, ‘Justice, and only justice, you shall pursue…’ spoke powerfully to their situation.

The resources place a strong emphasis upon the need for unity in Indonesia’s ethnic and religious diversity. The resources also highlight issues of economic injustice and how religious pluralism can face challenges in the face of radicalisation. Resources can be downloaded from www.ctbi.org.uk/weekofprayer

Christian Aid provides Go and Do action points for each day of the week, linking into its work in the relief of poverty and advocacy of justice: