Ombudsman warns of normalisation of euthanasia 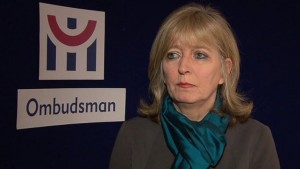 The European Ombudsman, Emily O’Reilly, has predicted that with the older population in Ireland increasing and people living longer the debate on euthanasia and assisted suicide is coming down the line.

Speaking at a conference in Dublin on ‘Strengthening the Voice of Older People’, Ms O’Reilly pointed out that this debate is “well under way in other countries”.

She questioned whether a growing ‘normalisation’ of euthanasia and assisted suicide would cause governments to change its treatment of the weakest members of society and “whether older people themselves will come under increasing pressure to end lives that others might consider to be burdensome”.

The EU Ombudsman also warned that euthanasia and assisted suicide become ‘normalised’ insurance companies are increasingly paying for people to end their lives in this way.

In an Irish Times report, Ms O’Reilly was quoted as warning delegates at the conference, “I do not think that I would be wrong to speculate that over the next few decades, as the older population increases, as people live longer but with chronic ailments such as dementia, that new cultural norms will develop around these matters and that Ireland will not be immune to these.”

She added, “It would appear that some health insurance companies are already providing insurance to pay for euthanasia and assisted suicide, a dry commercial procedure that further embeds the normalising of what to us in this country is not considered to be a normal act.”

“Ireland isn’t unique. We’re going to be swimming in the same cultural streams – maybe not today or tomorrow, but we will be maybe in five or 10 years’ time and that is the debate,” she said.

Ms O’Reilly said that she first started thinking about this issue when her mother was in hospice care in Ireland and she was working in Brussels.

Euthanasia is legal in Belgium and the Netherlands and Ms O’Reilly told the conference in Dublin, “In those countries, that’s become the norm and that has become the compassionate and caring thing – to end somebody’s life at a point where, in Ireland, it wouldn’t happen.”

However, she highlighted the concern that if euthanasia becomes normalised, people who may not appear to have quality of life may feel pressurised to end their lives.

For those opposing such a normalisation, the Ombudsman concluded, “Cultures of care and protection of human dignity need to be built by all of us who think at all about this world and the consideration that we give each to the other and especially so when others need us to stand beside them and to protect them from all harm — to be their voice when theirs has been stilled.”