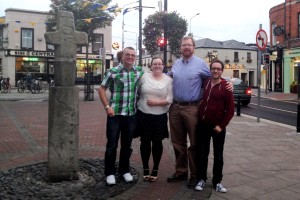 Three new students have entered the Sacred Hearts this week amid great celebration in the communities.

Joining MSC is Henry Balkwill from the UK and Kevin Murphy who comes from Scotland but sees Ireland as his second home.

“Starting my new journey in formation with the MSCs there is a lot of excitement and hope for the future. Excitement for the journey ahead and the hope to be able to carry out God’s work and to strengthen myself spiritually in the process,” said Kevin Murphy.

He is an electrician from Kilsyth, near Glasgow. He took part in the exploreAway programme and was in South Africa last year with the MSC Volunteer Programme.

Kevin will be studying philosophy and a number of other courses in DCU. 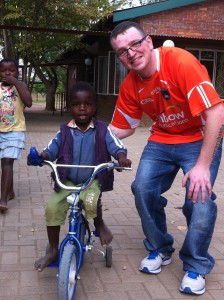 Joining the OLSH is Clare Brady from Ballybay in Monaghan.

She has just returned from this summer’s MSC Volunteer Programme in South Africa.

There she was able to put her training as a nurse into practice at the Holy Family Care Centre (HFC).

“From the moment we arrived we were welcomed into their family and it really began to feel like home,” she recalled the experience.

“I have been blessed with the opportunity to work with these wonderful children in the clinic.”

HFC is home to almost seventy children who have lost their parents to HIV/AIDS or TB. They children learn, play and grow in an atmosphere that is fun, professional and above all loving.

“I have had the chance to engage in play therapy with some of the creche children, the benefits have been unbelievable,” said Clare Brady.

“It has been a positive experience, and although there have been difficult times for us recently at Holy Family, the way the children have supported one another has been utterly beautiful.”

She knows the Daughters’ community near her home very well. Having trained as a nurse in DCU she worked in Beaumont Hospital. 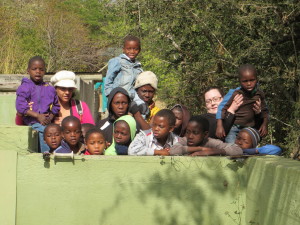 Henry Balkwill is originally from near Wells, but has lived all over the England.

He has just finished as school chaplain in the Salvatorian College in Harrow.

Previously he studied theology at Heythrope College and worked on residential youth retreats in Middleton Grange Catholic Youth Centre in the Diocese of Leeds.

Henry is also an accomplished musician and has led worship in his London parish of Borehamwood and most recently in the Greenbelt Youth Festival in August. 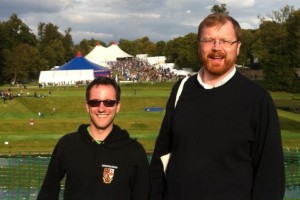 The MSC vocations team have asked that over the coming months people keep Kevin, Clare and Henry in their prayers, as well as their formators.

“We are looking forward to bringing a number of other people who are discerning religious life and priesthood to visit,” said Fr Alan Neville, Vocations director MSC.

He added that anyone who feels called to discern life with the Missionaries of the Sacred Heart or simply like to know more can contact him.