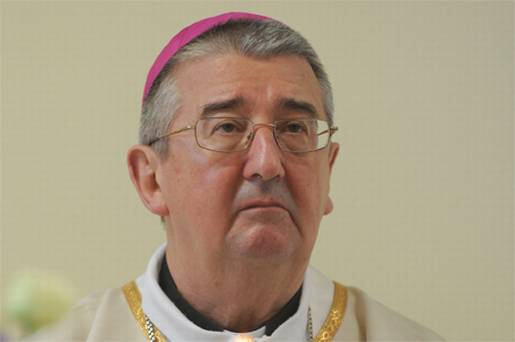 The Minister for Education has acknowledged that the block holding up the divesting of schools of their Catholic patronage lies in the fact that no school has yet voted to transfer to an alternate patron.

Minister Ruairi Quinn was responding to comments made by Archbishop Diarmuid Martin on Sunday in which he expressed dissatisfaction with the hold ups in the process.

The Archbishop, who is patron of over 90% of the primary schools in the Dublin area, told RTE’s This Week programme that the process of divesting patronage was meeting resistance from local politicians who were “throwing spanners in the works” and looking for more consultation.

Asked about the Archbishop’s claim, the Minister for Education said he thought the Archbishop was referring to a plan to reorganise school accommodation in a part of Dublin city where the population has been transformed.

“The complaint that he referred to was a complaint referred to me by my colleague – one of the Labour deputies for the area – that there hadn’t been proper consultation between the parents and the patron body,” the Minister said.

He explained that where there is capacity, that is buildings that are surplus to requirements, it is a “very painless way in which you can provide for alternative school accommodation under different patrons and provide a different ethos.”

He declined to name the location about which a Dublin Labour TD had written to the Archbishop of Dublin about the Church’s attempt to organise a reconfiguration of the schools in the area.

Parents, according to Minister Quinn, approached the TD and expressed their opposition to what was happening or else felt that they weren’t properly consulted.

Speaking to Morning Ireland on Monday, Minister Quinn said efforts needed to be intensified to bring about a solution.

“I think once that solution has been found, the changes will be far less dramatic and far less frightening or intimidating as some people might fear.”

He said he did not have a “specific time frame in mind” for the transfer of patronage but added that he would “like to see at least four or five schools transfer patronage and be open for business next September.”

In Sunday’s interview, Archbishop Martin told RTE’s This Week programme that “within a decade” he hoped that half of the 500 primary schools currently under Catholic patronage in Dublin would be divested.

He said that “everybody is in favour of diversity of patronage in education except when it comes to their own schools and this was where the process was meeting resistance.”

It was a complex process and often necessitated amalgamating schools and consolidating resources, he explained.

“You have to guarantee that in this process all of the schools remain good schools and you don’t have some schools that people go to because there are no special needs children or Travellers in the school.”

He continued, “You have got some people who in the name of plurality opt out of a real pluralism. And you don’t want one school to be burdened and then other schools leaving aside part of the social responsibility of the school within a social community.”

He also acknowledged that the problem of stand-alone schools in small towns was “a difficult one.”

On Sunday, the Archbishop told RTE that in the future there would be a plurality of what people want for their schools and that would mean that the Catholic Church would run fewer schools.

“People who want their children to go to a school with a non-religious ethos have a constitutional right to that,” he told This Week and added that he wanted to see that the catholic elements are consolidated in those schools that are clearly catholic.

“We have to build up a new identity of what it is to be a catholic school,” he said.

On Monday, Minister Quinn acknowledged that it was Archbishop Martin who had first admitted that the Church in Dublin had more schools than it needed for the Catholic community.

“He sought assistance from my predecessors as to how he could in a constructive way provide for that diversity.”

He said he supported the Catholic view which wanted plurality so that those schools which remained Catholic could “fully celebrate their Catholicism.”

But he expressed concern that in the absence of alternate patrons, some parents would have “no option but to send their children to a local catholic school” even if they were not catholics and that they might feel “coerced into having to get their child baptised so that they can go on a waiting list or having to participate in communion or confirmation.”

Having listened to the Archbishop comments, the Minister said he would have to sit down with the Archbishop and the other bishops as well as Fr Michael Drumm to see what the Department of Education could do to help.

He added, “I don’t doubt the goodwill of the Catholic Church on this matter.”