Difficulties in education can contribute to homelessness, report finds 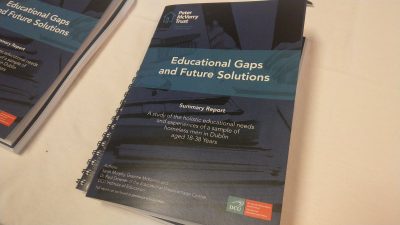 New research has highlighted that young people who experience difficulties in education are more at risk of homelessness.

“We always knew that there was a link between homelessness and disadvantage in education, and now we have the research to prove that,” said Pat Doyle, CEO, the Peter McVerry Trust. He was speaking at the launch of a new research report, Educational Gaps and Future Solutions, by DCU’s Educational Disadvantage Centre and the Peter McVerry Trust, on young homeless men’s experiences of the education system.

“Kids with problems – not problem kids – feel like there is no point in staying in the education system as they feel like failures,” commented Fr Peter McVerry as the report was launched. “The test of our education system is how does our least successful child fare,” he added.

The research allows the Peter McVerry Trust to move beyond anecdotal reports from young men who use homeless services about how they fared in the education system and it will help influence the future education strategies of the State.

“Given the early age and length of time people will engage with the education system, it presents the best opportunity to positively impact on life outcomes for people. That is particularly true for those who may be more vulnerable or likely to experience homelessness due to their life circumstances,” said Pat Doyle.

There was a similar decline in interviewees’ perceptions of their learning and achievement, their ability to complete homework, their attendance, their parents’ involvement and their relationships with teachers between primary and secondary school. 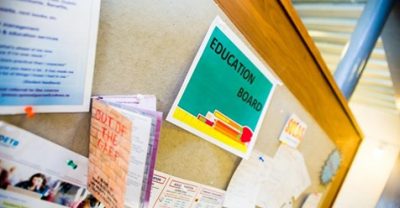 Another finding was that rates of suspension and expulsion from school were significantly higher among young men who subsequently became homeless than the national average, with 55 per cent of participants having experienced reduced access to education via suspension, rolling suspension or expulsion. Some 68 per cent of the homeless interviewees stated that they had experienced “traumatic childhood events”.

Sarah Murphy, lead author and Research Associate with the Educational Disadvantage Centre, DCU Institute of Education, said: “This report reveals a range of preventable system failures in the Irish education system that are still ongoing today. These failures increase the risk of exclusion from the system and participation in society with knock-on impacts that heighten the risks of homelessness.”

“The high levels of those who have experienced trauma and with little or limited emotional counselling or therapeutic supports in and around their school is a glaring gap,” she added.

In the report some homeless people spoke of their experience of education. “My brother died in an accident when I was 12 and I was hanging around on the back road at the time and I kind of went off the head … just once my brother died I gave up on life. I would have been in the top percentage of all the classes in primary school,” stated Peter.

Conor linked his sudden change in school to his relationship with his mother which deteriorated sharply in fourth year and he stated: “I was a straight A student till like fourth year … For fourth year I was on an in-house suspension for half the year. It’s an in-school suspension, you write lines, you write thousands of words.”

Among the recommendations is a call for the Department of Education to make new funding available for mental health supports for young people, to include specialised counselling services to address emotional issues and trauma experienced by vulnerable and at-risk young students.

The report also calls for the Department of Education and Skills, together with the Teaching Council, to commit to enhancing focus on conflict resolution skills for secondary school teachers through initial teacher education and professional development programmes.