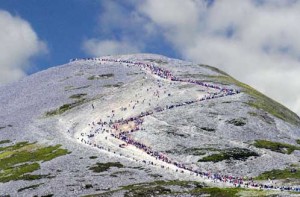 Design Consultants will be appointed shortly to Croagh Patrick in Co Mayo to help conserve Ireland’s Holy Mountain which has witnessed a substantial amount of erosion in recent years.

In June 2012, Mountaineering Ireland facilitated an assessment of erosion on the pilgrim route up Croagh Patrick by Elfyn Jones, who previously worked as a land manager with the National Trust in Britain and was involved in upland footpath management in Snowdonia for a number of years.

While there is a lack of definite information, it is estimated that at least 100,000 people climb Croagh Patrick each year, with up to 30,000 participating in the annual Reek Sunday pilgrimage at the end of July.

The report stated that every person climbing Croagh Patrick leaves an impact; the cumulative impact of footfall on Croagh Patrick has resulted in an erosion scar that is clearly visible over an increasingly wide area.

The report concluded that €1.5 million was needed to develop a conservation plan for the area.

Last week the stakeholders’ group chairman confirmed to the Mayo News that a “dedicated map marking the pilgrimage route on the 764-metre-high mountain, new signage and information boards, as well as ‘counters’ to determine precise numbers using the sacred site, have been introduced.”

According to Martin Keating, the Stakeholders immediate priority now is “the appointment of a consultant and funding is already in place from the West Mayo Municipal District for this.” 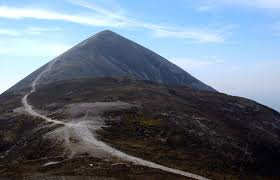 He added that “it was anticipated that the Department of Environment, Fáilte Ireland and Mayo County Council would fund the conservation project, which would also be supplemented by voluntary contributions from users.”

30,000 people are expected to climb Croagh Patrick on Sunday 30 July for the annual Reek Sunday Climb.

Last year’s Reek Sunday Climb was cancelled due to the inclement weather.

Despite the cancellation, some 4,000 people ignored safety warnings and climbed the holy mountain through the dangerous weather.