Deletion of Rule 68 may result in monolithic-type state education 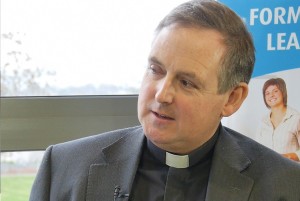 A political guarantee is needed to ensure that the Education Act’s provisions protecting the role of the patron and the board of management in faith schools in relation to the characteristic spirit of the schools will be left intact, a leading theologian has said.

In his address to the AGM of the Catholic Primary Schools Management Association, Professor Eamonn Conway of Mary Immaculate College suggested that further co-operation on divestment should be conditional on such a guarantee.

The theologian asked if there was a danger for the faith school sector that “by the time we have divested the required number of schools no legislative basis will remain whereby schools will be empowered or enabled to manifest and live out their ethos and characteristic spirit in any meaningful way?”

He also questioned whether all primary schools in the country will eventually look more or less the same.

“If so, then faith schools will no longer matter to parents, to the mission of the Church or indeed to the state,” he said.

On the deletion of Rule 68, he said it may have unwittingly edged us closer to a situation whereby the State is no longer providing for the education of children through a plurality of providers, but is actually itself providing a monolithic-type state education.

Inevitably, in such a system the views and influence of parents, expressed through patrons, would be of much less significance, he said.

Professor Conway warned that while Ireland currently has a state-funded education system that recognises and respects parents as the primary educators of their children, he believed this could no longer be taken for granted.

“Rule 68 is gone. The immediate issue now is the amendment or repeal of Section 7 (3) (c) of the Equal Status Act 2000 in relation to school admissions. This is, I believe, another threat to the expressed desire for a pluralist educational landscape.”

Speaking about the nature of education, he said it is always and inevitably about formation whether we recognise this explicitly or not.

“It can never be considered purely in terms of the provision of facts or of mere information. This would represent a very truncated and impoverished understanding of education.”

Elsewhere in his address, Professor Conway said that churches have an inalienable right to operate faith schools and where parents wish their children to receive education with a Catholic ethos, the state also has the obligation to support that choice, including financially.

He highlighted how over sixty percent of primary schools in the Netherlands, one of Europe’s most secularised countries, are, to this day, state-funded faith schools.

“Worldwide, the number of pupils in Catholic elementary schools has increased from 20 million in 1965 to over 32 million today, that is, by 60%. The figures are similar in regard to the expansion in Catholic secondary and higher education globally.”

The Church welcomes a genuinely pluralist society in which various ethnic and religious communities, with various religious, humanist and secular outlooks, coexist peacefully, in harmony with the common good, and free from both unreasonable state incursions into the integrity of their cultural values and from unreasonable state obstacles being placed in the way of the transmission of such values.

He also stressed that Catholic schools have no interest in turning non-Catholics or non-believers away from their doors. “It is counter-intuitive and counter-cultural for us to do so. We are also horrified if any parents should feel obliged to violate their consciences in order to have their children admitted to our schools.”

Faith schools matter to the state because they make a unique and distinctive contribution to the educational landscape that is proper to an authentically pluralist society.

“We have no wish for or interest in a confessional state. As Pope Francis has said recently, confessional states tend to end badly (La Croix, 17 May 2016). At the same time we have a legitimate expectation that the state should not be blind to the profound and very real role religious faith and practice plays in the lives of hundreds of thousands of its citizens.”

“A truly liberal, secular and democratic society will welcome and accommodate everything that contributes to human flourishing and this includes the religious dimension of human life for those who wish it,” Professor Conway stated.