Home > News > ‘Declare a state of emergency on homeless crisis’

‘Declare a state of emergency on homeless crisis’ 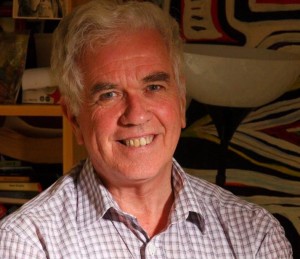 The homeless crisis is “potentially far more threatening to the Government than Irish Water”, campaigner Fr Peter McVerry has warned.

Calling on the Government to declare a state of emergency on the housing and homelessness crisis, he said there are a lot more people “on the edge of homelessness” than is realised.

Up to 25,000 house repossessions could occur over the next few years, he highlighted and explained that anybody who is sharing accommodation either with a partner, parents or friends and that relationship breaks down, and they don’t have €3,000 to €4,000 in the bank to get an apartment, can end up homeless. “It is very simple,” he said.

“A lot of people whose relationships with a partner or family are very fragile are worried sick, as are thousands of families in private rented accommodation who are stressed out because, while they are struggling now to pay the rent and maybe going without basic needs, if their rent goes up – they are finished, they will become homeless.”

Referring to a recent case he dealt with, he said a 50 year old man who had reared his children and had worked all his life, lost his job in the recession. Then he and his wife separated and she stayed in the family home. He is now living in homeless hostels.

The Jesuit priest said he would like to see the compulsory purchase of empty buildings, and for the banks to be obliged to resolve mortgage arrears with a mortgage to rent scheme whereby the local authority or the housing association would buy the property and the family would continue to pay a rent to them.

For families in hotel accommodation, he said it was “very difficult”.

Some are quite large families, he explained and referred to one family of two parents, a 20 year old boy, an 18 year old boy, three younger children, all living in one hotel bedroom.

“It is a nightmare and they have no cooking facilities. There is no room in a hotel room for the children to play and no space for them to keep their toys. And the worst thing is they don’t know when they are going to be able to get out of that. They may still be there next Christmas.”

Fr McVerry also warned that the housing of refugees from the war-torn Middle East has to be “handled very carefully” in order not to create “very racist attitudes”.

The priest, who heads up the Peter McVerry Trust, said he could see the refugees being put into emergency accommodation like hotels that have been bought but “I can’t see them getting out of it – there is no accommodation to go to.”

If the Government provided housing for the Syrian refugees and left homeless people on the streets, “they are building a very divisive society that will have very racist attitudes. Already I am hearing ‘we should be looking after our own’,” he warned.

He said all the relevant players needed to be brought around the table to devise and implement a plan to tackle the homeless and housing situation.

Of his call for an emergency crisis, he said he had little expectation that the Taoiseach would admit to “a failed social policy this side of an election”.