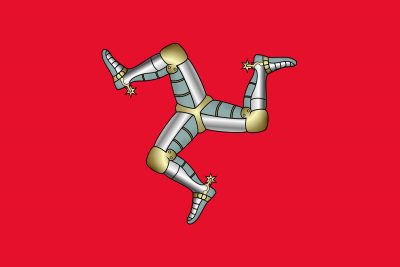 The Isle of Man has introduced sweeping new abortion legislation which allows for abortion on demand and late-term abortions of children with disabilities.

This week Steven Rodan, President of the Tynwald, the Manx parliament, announced that the Abortion Reform Act has received the Royal Assent, which means that the UK’s Ministry of Justice has approved the legislation.

The legislation goes beyond the abortion regimes found in England and Wales, Scotland and Ireland.

In Britain and Ireland, certification by two doctors is required before an abortion can go ahead. There is no such requirement in the new Manx legislation, which has yet to be put into effect.

The Isle of Man legislation will also allow abortion up to 24 weeks if there are foetal anomalies or where there are “social reasons”. In England and Wales, Scotland and Ireland, “social reasons” are not permissible grounds for abortion.

The Society for the Protection of Unborn Children said in a statement that the new law worsens disability discrimination, as it removes a requirement that two doctors consider whether an unborn child’s disability might be cured or relieved over time.

The statement continued: “The extreme bill also fully legalises previously restricted barbaric late-term abortion practices, such as causing the baby a fatal heart-attack through ‘foeticide’, and tearing her apart using strong forceps through dilation and evacuation’ (D&E). The requirement to protect and care for babies born alive during an abortion has also been removed.”

Sue Richardson of the Isle of Man-based Humanity and Equality in Abortion Reform (HEAR) campaign said: “This is a dark and sad day for the Isle of Man, as we remove the sensible and civilised protections that existed in our own 1995 law, which while imperfect was light years ahead of the situation in the adjacent Island. We have further institutionalised injustice, inequality, and inhumanity into our laws, and the Island is a profoundly less gentle and special place as a consequence.”

Describing the new legislation as “extreme”, Ms Richardson pointed out that by legalising abortion on demand for any reason up to 14 weeks, the Isle of Man has effectively legalised sex-selective abortion.

However, while this is a major setback, Ms Richardson said pro-life resistance to the culture of death will continue. “Those of us who opposed this Bill from the beginning now have the task, as do those members of future generations who survive this wicked Act, to undo this corruption of Manx values and our laws, and repair as best we can the damage to our society that abortion on demand will introduce. We will never stop fighting for the recognition of the humanity, dignity, and rights of every member of the Manx and human family.

“Today marks the beginning of a new battle to restore and rehumanise our politics, and our society.”