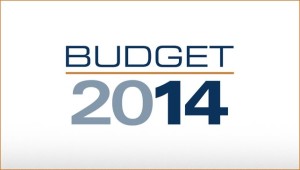 The Catholic Primary Schools Management Association has said it is disappointed at the continued reduction in the capitation grant as announced in Budget 2014.

In a statement, Fr Tom Deenihan, General Secretary of the CPSMA, said this would exacerbate the “very difficult financial situations facing many schools.”

Responding to other measures announced by the Minister for Finance, Michael Noonan, and the Minister for Public Expenditure and Reform, Brendan Howlin, the CPSMA spokesman said it welcomed the maintenance of the pupil teacher ratio at 28:1, following extensive representations made by the organisation to the Department of Education & Skills on the issue.

However, he warned that the phased increase in pupil thresholds in Budget 2012 continues to impact negatively on the 1, 2, 3, and 4 teacher schools (schools with less than 86 pupils).

He said the CPSMA regretted that this continued to compromise the viability of smaller schools.

“Whilst the announcement of capital investment is welcomed, it should be noted that it represents investment in a small proportion of school buildings,” he said in a statement on Tuesday.

“In line with our pre-budget submission, CPSMA once again calls on the Department of Education & Skills to restore the Minor Works grant to enable schools to address essential maintenance costs.”

The newly appointed CPSMA General Secretary said that while the organisation welcomed the investment in the establishment of book rental schemes, it called on the Minister to review the provision of additional funding to schools that have already established schemes, without the benefit of a set-up grant.

CPSMA hopes that the Department of Education & Skills will continue to build on this important initiative and minimise the financial burden on families.

He also called for the roll-out of high-speed broadband to be extended to all primary schools in the State as a matter of priority.

The CPSMA is a recognised school management association and represents all the boards of management of the over 2,900 Catholic primary schools in the Republic of Ireland.