Home > News > Cosmetic surgery is an aggression against women

Cosmetic surgery is an aggression against women 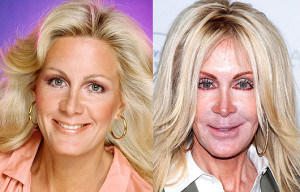 A discussion document for the Vatican’s Pontifical Council for Culture’s plenary assembly on women next week has strongly criticised elective plastic surgery warning it can be a form of “aggression” against women.

The Pontifical Council for Culture is led by Italian Cardinal Gianfranco Ravasi. The plenary assembly and discussion document are devoted to women’s issues.

According to the Crux news service the document suggests that surgical alterations in appearance, such as facelifts and tummy tucks can become a form of “aggression” that threatens female identity.

It also warns that plastic surgery can “amputate the expressive possibilities of the human face, which are so connected to empathic abilities,” and “can be aggressive toward the feminine identity, showing a refusal of the body.”

The text suggests that elective plastic surgery may reflect the stress many women feel about their bodies, which sometimes result in “pathologies” such as eating disorders, depression, and dysmorphic disorders.

The issue of plastic surgery is part of an analysis of the challenges facing women today, both in society and in the Church, prepared by a panel of female consultants to the Vatican’s Pontifical Council for Culture.

The document concedes, according to Crux, that despite abundant rhetoric on the importance of women, to date they have largely been excluded from leadership roles in the Church.

“Why, with their great presence, have women had so little impact on the Church’s structures?” it asks.

“In pastoral praxis, why are we giving women only those tasks of a somewhat rigid scheme, the fruit of ideological and ancestral left-overs?”

The document acknowledges that women work as top managers in other walks of life, but often have no corresponding decision-making role or responsibility within their Christian communities.

“If, as Pope Francis says, women have a central role in Christianity,” says the document, “this role must find a counterpart also in the ordinary life of the Church.”

Among other topics, the document explores the role of women in the professional arena, violence and exploitation of women, the female body, and “generativity” as a key to understanding female distinctiveness.