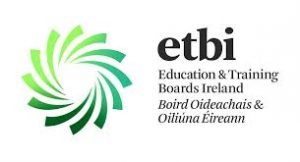 There are still “significant numbers” of people who want some form of “belief nurturing” according to the general secretary of the newest model of national school patronage which the Education Minister spoke highly of last week.

Minister for Education, Richard Bruton, spoke favourably about the new Community National Schools, which are run by the Education and Training Boards Ireland (ETBI), previously VECs, on behalf of the state.

“There is still a very significant portion of Irish society who want their children to have the sacraments (taught in national schools). This is being ignored by people who live in mainly large urban centres, but throughout provincial Ireland, in particular, there is a demand for the tenets and basics of the core of Catholic religion and sacraments,” Michael Moriarty, General secretary ETBI, told CatholicIreland.net.

He spoke from his experiences of teaching in rural national schools including one in Killeshin, Co Laois.

He added that this need for ‘belief nurturing’ is recognised in the Community National Schools.

There is understanding of diversity within the school community and respect for different beliefs and other religions and outlooks.

There are already 11 of these Community National Schools running on a pilot basis.

What is new is that they allow for preparation for the Catholic sacraments during the school day as well as for other denominations and religions.

“The whole purpose of Community National Schools is that they respond to the needs of the community and if there is a local demand by a faith grouping for faith nurturing we provide that for a four week period during the year or a variation on that during the year,” said Michael Moriarty.

He said he sees no problem in separating children of various beliefs for the period when they are learning about their own specific beliefs, for example, the Catholics will undertake a special programme to prepare for the sacraments of Communion and Confirmation.

This programme links into the local parish where the children will receive the sacraments.

At the moment in Citywest & Saggart Community National School, Co Dublin, a Muslim student is learning about his faith during this holy season of Ramadan.

Teachers in these schools deliver the belief programmes but faith leaders of any denomination or religion are also welcome in the school.

During the rest of the year there is a general programme called “Goodness Me Goodness You”, approved by National Council for Curriculum Assessment (NCCA) with the backing of all stakeholders including the Department of Education

“Basically it is about the good upright person and that is common with a lot of schools, Catholic schools included, a rounded person who is able to contribute to their community and promote human values and respect for diversity.”

During his first briefing to journalists since taking over as Education Minister, Mr Bruton said that the Community National School could help accelerate divestment of Catholic schools and give parents more choice.

Michael Moriarty told CatholicIreland.net that he believes that this type of school is the next best thing to a school under the patronage of a church – Catholic or any others. 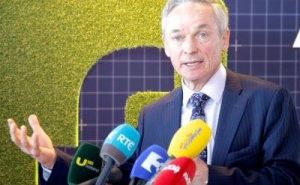 “There is a comfort for the Catholic church that the school will provide ‘belief nurturing’ to Catholic students as well as others,” he said.

There are no church representatives on the board of management of Community National schools.

The board includes teachers, parents, community representatives and members of ETBI the patronage body.

The Minister said that Community National Schools have a lot of merit and that there could also be joint patronage.

He did not rule out any existing types of school, and said he wanted to see a range of offerings.