COMECE reaffirms primacy of human person in response to robotisation 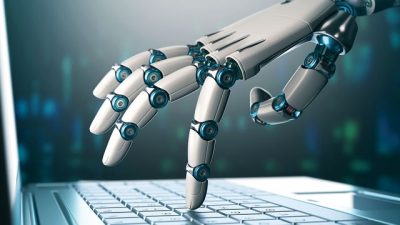 The use of robots will cause profound societal change, according to a new reflection from COMECE, the Commission of the Bishops’ Conferences of the European Community.

‘Robotisation of Life – Ethics in view of new challenges’ reaffirms the primacy of the human person.

It also promotes a person-centred approach to the principles defining the relationship between human persons and robots.

The short document underlines that one of the places that will see radical change as robots become more prevalent will be the labour market, where conditions are likely to undergo profound changes.

Robots will be able to extend and even replace work previously done by human persons.

“This phenomenon has been described as the Fourth Industrial Revolution and it is ongoing, shaping significantly current and future employment patterns.”

According to the COMECE research team, studies predict enormous change in job profiles.

In order to integrate robots, the work environment requires reorganisation and restructuring, which itself will generate new jobs that differ from existing employment profiles.

An advantage of the use of robots could be a minimising of human exposure to dangerous and inhumane working processes.

However, while robots in the workplace bring opportunities and advantages, the research team warns that they also often adversely affect the most vulnerable groups in society, particularly young people and the less well educated.

“Robots can easily perform simple, automated sequences of work which traditionally were carried out by young workers entering the labour market, or by the unskilled. This has the potential to lead to a decrease in job security for these groups and increased polarisation of the labour market.”

Produced by an ad-hoc working group on robotisation established by COMECE, the researchers were led by Professor Antonio Autiero. The research incorporated contributions from experts in theology, philosophy, law and engineering.

The reflection comes at a moment of intense discussion about the importance of Artificial Intelligence (AI) at EU level.

This ongoing debate reveals the increasing number of urgent and complex moral questions the matter throws up. It also highlights the need for defining an ethical and legal framework for the design, production, use and governance of Artificial Intelligence.

The COMECE reflection suggests that in view of the complex considerations robotics present for humanity, simple answers are not helpful. There can be no unqualified or emphatic acceptance of these new technologies; nor can there be outright rejection of them, with all their possibilities.

It is necessary to be attentive to this developing field of research and innovation and to accompany its actors and processes in a critically reflective, constructive way that seeks to cultivate a public ethic and promote the common good.