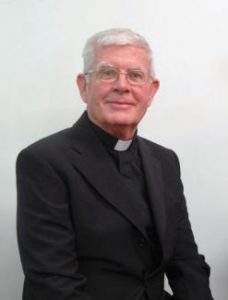 Pope Francis has appointed Australian Columban, Fr Robert McCulloch, as a consultor to the Congregation for Divine Worship and Discipline of the Sacraments.

“Robert will bring to this role his vast knowledge and experience of teaching in this area of the life of the Church. We congratulate Robert on his appointment and wish him well in his role as Consultor,” said Fr Kevin O’Neill, Superior General of the Missionary Society of St Columban, who spent some years in Ireland.

Australian-born Fr McCulloch has a doctorate in Liturgy from the Pontifical Liturgical Institute in Rome and taught Liturgy at the National Catholic Institute of Theology in Karachi, Pakistan for 25 years. 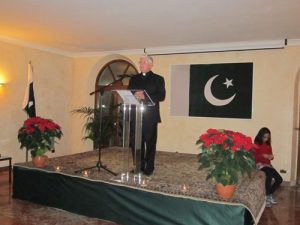 Fr Robert McCulloch is based in Rome as Procurator-General of the Missionary Society of St Columban.

In 2012 Fr Robert McCulloch was awarded the Sitara-e-Quaid-e-Azam – the highest civilian award that can be given to foreign nationals in Pakistan – with the citation “For services to Health, Education, and Inter-Faith Relations.”

At that time he had been in Pakistan for over 30 years. He was Chairman of the Administrative Council of St Elizabeth Hospital, which provided medical services to the people of Hyderabad and rural parts of Sindh, and he also ran a medical outreach programme in rural Sindh.

He set up the first home-based palliative care unit in Pakistan which provided care for terminally ill cancer patients. In 2007 he initiated projects to provide educational, spiritual, moral and personal formation for 150 Catholic boys and young men in Hyderabad. Two centres were set up: the Catholic Centre of Academic Excellence in Hyderabad and the Catholic Youth Development Centre.

His other major work involved preserving the Tharparkar language, Parkari Kohli. He engaged experts and worked on a script to turn this language into a written language.

During the floods of 2011 he arranged to provide food and medical treatment to over 1,000 families in Southern Pakistan and the building of accommodation for the flood victims.

The Missionary Society of St Columban was first known as the Maynooth Mission to China. Formally founded in 1918, it takes its name from St Columban, Ireland’s sixth century missionary to Europe.

It has a centre in Dalgan Park, Navan, Co. Meath and is known and loved in many Irish families thanks to the Far East magazine. In recent years it moved headquarters to Hong Kong, as most new members are now from the Pacific Rim countries.

Pope Francis nominated ten cardinals, seven archbishops and ten bishops as members of the Congregation for Divine Worship and the Discipline of the Sacraments in October 2016.