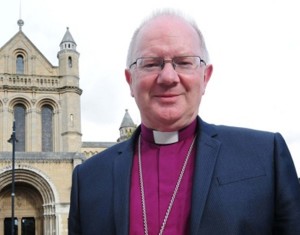 The Church of Ireland Primate of All Ireland, Archbishop Richard Clarke, has defended faith schools saying they play an important role in society.

In an interview with The Irish Catholic this week, Archbishop Clarke commented that the “notion that denominational education is no longer fit for purpose is more a political notion than actually something that will stand up”.

He added that it is his firm belief that there remains in Ireland today “a legitimate place for schools that are of a denominational hue”.

On the current drive to force a referendum towards repealing the constitutional protection for the unborn, the Archbishop warned that it could “begin a process where if there is any risk that a child may be disabled in any way, then a mother will be under pressure to have an abortion”.

Reiterating the Anglican Church’s belief in the right to equal protection of the mother and unborn, Dr Clarke said, “We have never ever said there should be an open door to abortion on demand or anything of that kind.”

He further warned people against viewing the beginning of life as a ‘happening’ and not a gift, and the end of life as just an ‘event’.

“I think one needs to be extremely careful when you go down a track of saying human life is anything other than a gift,” he said.

“Sometimes at the end of life, when someone is dying, it is very hard to see that this is still a gift of life and at the beginning of life, with the unborn child, sometimes it must be very difficult to believe that this in Christian terms is a gift. But I think once we start to lose that you can be brought to very dangerous places.”

Dr Clarke also expressed hope that commemorations around the centenaries of the Easter Rising and the Battle of the Somme would not lead to further divisions.

1916 is part of what has made this country and we need to commemorate it well and properly and constructively, but the First World War was also at its height at that time, particularly the Somme, he said.

“Theologically and socially and politically we should be big enough to be able to look at the totality and see why it has got us where we are.”

Catholic Schools Week is an all-Ireland annual event which invites Catholic schools to give expression in a special way to the ethos of Catholic education. The theme for 2016 is ‘Catholic Schools: Challenged to Proclaim God’s Mercy’.