Church thought it was defending science in Galileo trial 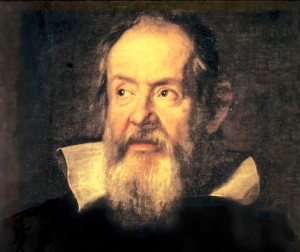 The Church thought it was defending science when it put Galileo on trial, a Vatican scientist has suggested in a discussion marking the 450th anniversary of the birth of the renowed 17th century Italian scientist.

The Italian scientist was tried by Inquisition for his defence of a heliocentric universe.

The case has often been used to demonstrate a supposed conflict between science and religion and specifically between the Catholic Church and science.

Brother Guy Consolmagno is the Coordinator for Public Relations of the Vatican Observatory. He told Vatican Radio this is a misconception.

“The Galileo case is interesting because it was at a time when the Church and science were really the same thing,” he said. “Who was doing science back in those days – what we would call science? People at the universities, most of them priests…”

“In those days, the cosmology of the world – the way people thought the way the world was put together – involved the idea that you could see in the structure of the universe also a metaphysical structure.”

Bro Consolmagno said the Church thought it was defending science when it put Galileo on trial.

Bro Consolmagno added people should not think of Galileo as a 21st century scientist stuck in the 17th century.“He was a man of his times,” he said.

The Jesuit explained that Galileo’s two daughters were both nuns. “He never married their mom, but that’s a different issue! He was a man of his times.”