‘The Church needs to build a bridge with Fr Tony Flannery’ 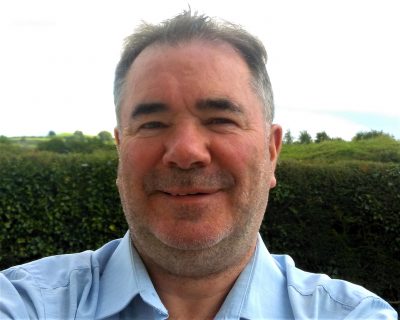 The Church needs to build a bridge with Fr Tony Flannery, the Redemptorist priest whom the Vatican censured in 2012, according to Fr Roy Donovan of the Association of Catholic Priests.

In a talk entitled, ‘What does it mean to be Catholic today?’ hosted by reform group, We Are Church Ireland, the Co Limerick parish priest said Fr Flannery had been “treated inhumanly”.

He recalled that the priest had had no recourse to hear the case against him, no due process and no way of defending himself to the Congregation for the Doctrine of Faith.

“This is scandalous to most Catholics in Ireland. It destroys people’s faith and confidence. Why would anybody want anything to do with a body that behaves like this?” Fr Donovan challenged.

He told those gathered for his talk that there would be “no new Church in Ireland unless it addresses the injustices done to [Fr] Tony.”

Fr Donovan also questioned why after seven years with Pope Francis at the helm and a new openness that allowed many people to voice views similar to those for which Fr Flannery had been censured, no one had lifted the phone to return the Redemptorist to public ministry.

“All falls into a vacuum of silence, do nothing, pretend it will go away,” he criticised.

Elsewhere in his address, the Co Limerick parish priest said that increasingly for most people being a catholic in Ireland meant having little or no affiliation with the institutional church.

Referring to a recent article in the Furrow magazine by Jessie Rogers, he said she had discussed the matter of the vocations crisis and asked, “Could it be that the dearth of priestly vocations is due, not to people not listening or to the lack of faith among young people, but to the deliberate silence of the Holy Spirit”.

“Could this”, she continued, “be a dismantling of a particular model of church so that there is no other option but for a new one to emerge”?

Fr Donovan cited a mantra of a walker on the camino ‘Horse dead, time to get off’ as instructive for the Irish Church.

“We hold on to what we know but it’s a dead horse. A lot of priests are saying ‘sure it will see me out’ and continue to work out of the old model. There is not enough appetite for change which would require major reversals. We never implemented the Vatican II idea of empowering the people. There were so many priests in Ireland back then and only certain external changes were made.”

He added, “I don’t understand how a Church that attracted some of the best brains in the country as priests could have allowed us to end up where we are today.”

According to the ACP leader, the priests in the Irish Church today are “tired and haven’t got the energy to change and move on” and most remaining energy goes into maintaining the old paradigm.

While there were still bishops, priests and people praying for “tons of vocations”, he said the vocation crisis happened 40 years ago and he noted that in his own parish of Caherconlish and Inch St Laurence in Co Limerick there had not been a vocation in over 40 years.

Recalling Pope Francis’ Christmas message in which the Pope had said ‘the world has changed and so must the church’, Fr Donovan commented, “I don’t think we are up to the massive changes required.”