Leaders and representatives of all the Christian churches meeting together on Thursday have expressed their regret at comments made by Pastor James McConnell at a sermon at the Whitewell Metropolitan Tabernacle Church in north Belfast earlier this month. 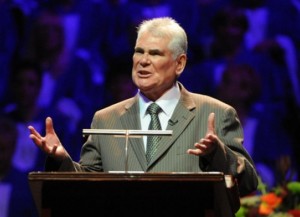 Pastor McConnell said a “new evil had arisen” and alleged there were “cells” of Muslims similar to former IRA cells throughout Britain.  The pastor said Islam’s ideas about God, about humanity, about salvation were “vastly different from the teaching of the holy scripture” and said Islam was a “doctrine spawned in hell”.

His comments were widely criticised with a member of the Belfast Islamic Centre, Raied Al-Wazzan, saying Pastor McConnell would have to answer for “any racial attacks on any Muslim in Northern Ireland”.

Adding heat to the controversy, Northern Ireland First Minister Peter Robinson, defended the Protestant evangelical pastor, telling The Irish News he had known Pastor McConnell for 20 years, there wasn’t “an ounce of hatred in his bones”. He made further comments interpreted by some as being disparaging towards the Muslim community.

However on Thursday the DUP leader issued a statement saying: “Over the course of the last twenty-four hours my remarks in response to a newspaper reporter have been misinterpreted and given a meaning that was never intended.

“I would never seek to cause any insult to any section of our community.  For the avoidance of any doubt I make it clear that I welcome the contribution made by all communities in Northern Ireland, and in the particular circumstances, the Muslim community.” 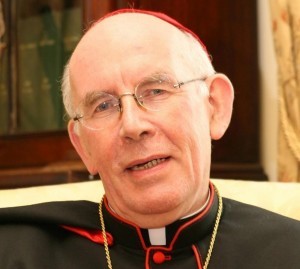 Welcoming the “First Minister’s clarification of his own position,” the Church leaders reaffirmed their commitment to embrace diversity, promote religious freedom and build inclusive communities.

“We also express our solidarity with all those throughout the world who are persecuted for their beliefs,” said the Irish Inter Church Committee statement.  The body with representatives from the Church of Ireland,  Quakers, Salvation Army, Orthodox, Lutheran, Methodist, Moravian, Presbyterian, Catholic and Evangelical churches said that Christ called Christians to love their neighbours.

“We pray that we may continue to build good relationships between Muslims and Christians throughout Ireland. We trust that our friendships will deepen and that our understanding of each other’s faith will help us work together for the common good.”

Meanwhile Chinese born Alliance MLA, Anna Lo, has said she will not seek re-election to the Northern Ireland Assembly in 2016 and intends to quit politics because of ongoing racist abuse directed at her by loyalists. 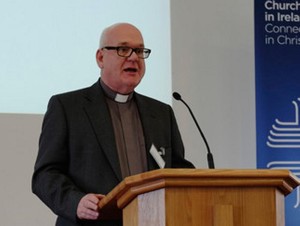 The Irish Inter Church Committee is part of the formal meeting structure between the Irish Council of Churches and the Irish Episcopal Conference. It meets quarterly to develop and provide a channel for Ireland’s Churches to connect through a common belief in Christ, and is co chaired by Cardinal Sean Brady, Catholic Primate of All Ireland, and Rev Dr Donald Watts, President of the Irish Council of Churches.