Home > News > Number of catholics has grown globally by 15m

Number of catholics has grown globally by 15m 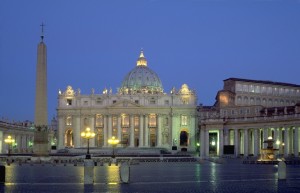 The number of Catholics worldwide has increased with growth registered across all five continents according to the latest figures from the Fides news agency.

The latest edition of the Church’s Book of Statistics, updated to 31 December 2012, shows that the number of Catholics globally stood at 1,228,621,000 with an overall increase of more than 15,000,000 compared to the previous year.

The Americas and Africa registered the biggest increases followed by Asia, Europe and Oceania.

There was an overall decrease in the number of women religious worldwide, whose numbers dropped by 10,677 to 702,529.

Once again Africa and Asia showed increases whilst Europe and the Americas showed the biggest decrease in the number of women religious.

Charity and healthcare centres in the world run by the Church are 115,352.