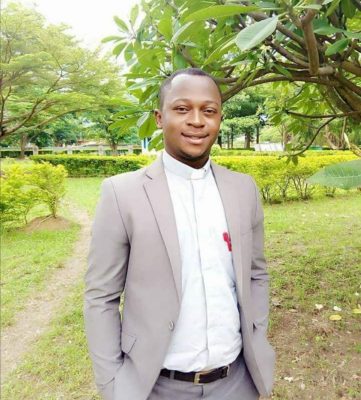 Fr Sam Ebute. ©Aid to the Church in Need

According to Catholic charity Aid to the Church in Need (ACN), a surge in violence against Nigerian Christians has left the faithful paralysed by fear and unable to go about their normal lives.

Speaking to ACN, Fr Sam Ebute of Kangoro said Christians were constantly worried about the next spate of attacks: “For the past seven weeks, we have been burying our parishioners with no end in sight. These last attacks have left us all in fear and especially the fear of the unknown because we do not know when the next round of attacks will happen and what will trigger it. We cannot worship in peace. We have no confidence in the safety of our homes.”

He added: “Our movements are limited, our faithful cannot freely go about their activities. It is farming season now, but they dare not go to their farms for fear of being attacked there. They have left their crops to perish. It is like we have been left to perish because of our faith.”

In seven months, 178 people were killed in Kaduna State, reports suggest mainly by militant Fulani herders, and Fr Ebute was critical of the government’s refusal to provide protection. He said: “What makes all of this even more difficult is the fact that the government doesn’t take decisive measures to curb the menace. This is the most devastating and frustrating thing to fathom.”

Fr Ebute, the director of vocations for the Society of African Missions, buried 21 of his parishioners after bandits attacked Kukum Daji village. He added: “The community had a gathering of youths when they suddenly heard gunshots and noises of men screaming … In less than two hours, the bandits left 17 youths dead, mostly girls, while four died either on their way to the hospital or at the hospital, making it a total number of 21 … For four years, since I became a priest in 2016, I have been burying my parishioners.”

Fr Ebute’s comments echoed those made by the bishops of Kaduna Province, in a statement sent to ACN, who warned that Nigeria has become engulfed by violence. They said: “Dark clouds of violence have enveloped our land. Our country is in the firm grip of the grim reaper. In the last few years, the purveyors of this violence have taken over the land and placed our security forces on the defensive … In the last three years, we have witnessed the relentless attacks and ransacking of entire communities … Thousands of lives have been lost to these bandits who have operated with relentless abandon … The ravages of Boko Haram, the herdsmen, kidnappers and the bandits have turned everyone into a victim.”