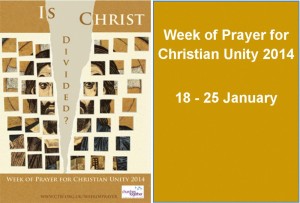 The 2014 Week of Prayer for Christian Unity was inaugurated last night with an interdenominational Service in St Fintan’s Catholic church in Sutton.

The service lasted from 8pm to 9pm in the modern round Catholic church with refreshments served after in the nearby parish centre and brought together members of the Catholic Church, Church of Ireland, Methodist, Presbyterian, Lutheran, Greek and Russian Orthodox churches and the Society of Friends.

Canon Desmond Sinnamon from the Church of Ireland preached the homily at last night’s service.

This year’s theme for the Week of Prayer for Christian Unity is “Is Christ Divided?” which was chosen by French Canadian Churches.

In his homily, Canon Sinnamon referred to the great scandal which occurred in Canada involving all of the churches.

For 130 years they were involved in running  Indian residential schools. They took 150,000 children from their parents and homes, and attempted  through the schools to “assimilate them into European culture”.

The places they were taken “were not safe places for the young,” he said, and many of children experienced psychological, physical and sexual abuse.

“The churches were complicit,” he said.   It is estimated that around 4,000 children died in the schools some of which remained in operation right up to the 1990s. 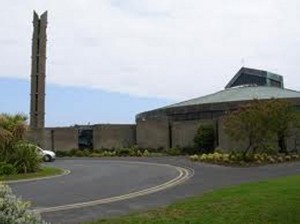 In recent years a Truth and Reconciliation commission has worked to heal the enormous wound of what happened.

The Prime Minister of Canada gave a national apology in 2008, and the final report of the commission is due to issue in 2015.

This displacement of indigenous people had a parallel with the situation of refugees, said Canon Sinnamon. Refugees too  experienced “homelessness and a loss of a sense of belonging”.

“That is the situation facing ordinary people in Syria” he said, where the “lives of millions of people are being ravaged.”

Referring to the 6 million forced to leave their homes, and the 2.5 million displaced, he said the needs were immense.

“If ever there was a need to speak out, it is now.” he went on. “We must commit ourselves as churches to building peaceful societies.”

“It is within this context of turbulence in the Middle East that the International Week of Christian Unity takes place and we pray for Christians, Muslims and Jews but also we pray for ourselves that we may not divide them in our prayers but keep them in our hearts,” he concluded.

At the end of the service the church leaders present pledged their commitment to unity and Archbishop of Dublin, Diarmuid Martin urged the congregation to “go forth united”.

The ceremony at St Fintan’s church was streamed live through the internet via a church webcam enabling people all over Ireland and the world to follow the service live.

The week of prayer for Christian Unity continues until next Saturday 25th January 2014.

The Pontifical Council for Promoting Christian Unity also has resources through the Vatican website www.vatican.va

On Friday 24th January, there will be a  Taizé Prayer Around the Cross for the Week of Prayer at  St Paul’s  church on Arran Quay, Dublin 7 from 7.30-8.30pm.  This is the same time that the Taizé ecumenical monastic community have their prayer.