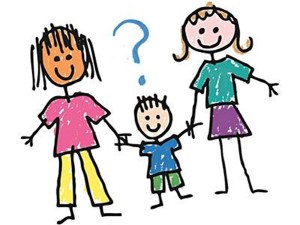 A recently published report has found that children with same sex parents are twice as likely to have emotional problems than their opposite sex counterparts.

The study published in January in the British Journal of Education, Society & Behavioural Science, a peer-reviewed journal, is by Dr Paul Sullins from the Department of Sociology at the Catholic University of America, Washington.

In his survey, based on data from the National Health Interview Survey, Dr Sullins studied 512 same sex families – a bigger sample than any previous survey, although he still sees this as a small number as it is several times smaller than “optimum for most population studies”.

Previous studies of the outcome of children in same sex families based on much smaller samples (eg Rosenfeld MJ. ‘Non traditional Families and Childhood Progress through School’ 2010 studied 39 cases), concluded that children with same-sex parents suffered no disadvantage in emotional well-being.

“So consistent and well-publicized has been this finding of ‘no differences’ that it has been presented as a settled conclusion in judicial proceedings and public policy and professional settings,” he writes.

The problem has been however the lack of sufficiently large random samples of the small population of same-sex parents which represent just 0.005 percent of American households with children “leading to the persistent use of small, non-representative samples”.

Despite the finding of ‘no differences’ there has been a lively interchange in the literature regarding what mechanisms might affect child outcomes.

Dr Sullin’s study tests four hypotheses deriving from this debate. The most common claim is that social stigma faced by same-sex families may affect child well-being.

Another suggestion is that children may be affected by greater transience in same-sex parental relationships which dissolve at somewhat higher rates than opposite sex ones.

In addition same sex parents tend to rent rather than buy property and “reduced stability relative to opposite-sex families may explain part or all of any increased emotional distress experienced by children in same-sex families.”

A third ‘confouner’ is the possession of mentally ill parents which is a “potent risk factor for child mental or emotional distress” and same-sex attraction is associated with elevated risk for mental disorders or psychological distress. 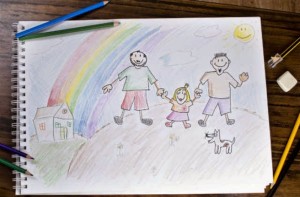 Taking all the ‘confounders’ into account and crunching the data, Dr Sullins finds that children from same sex parents (aged 4 to 17 years) are twice as likely to suffer emotional problems, development problems (ADHD, Learningd and/or Intellectual disability) and need special services compared to those from opposite sex families.

Surprisingly the Associate Professor of Sociology at the Catholic University finds that stigmatisation accounts for none of the difference between same-sex families and opposite-sex families.

In relation to the ‘transience’ factor, he writes that although same-sex parents are more likely to be renters and thus probably less settled in their residences and relationships, than are opposite-sex parents.

“The difference between the two groups, (at only eight percentage points) is evidently not sufficient to account for much of the increased emotional distress of children with same-sex parents.”

Biological relationship, it appears, is both necessary and sufficient to explain the higher risk of emotional problems faced by children with same-sex parents.

“Examining the causes of the differences observed, the results of this paper converge on a clear central finding: Biological parentage uniquely and powerfully distinguishes child outcomes between children with opposite-sex parents and those with same-sex parents.”

“In every analysis in this paper, the lowest risk of emotional problems was observed among children living with both biological parents who were married,” he writes, although he emphasises that not all children in same-sex homes will be emotionally damaged.

“Most children in most families achieve a level of psychosocial function that is not characterized by serious emotional problems.”