“It is clear to us the economic recovery isn’t being felt by all as we are supporting parents who are under huge strain to meet the needs of their children because of the absence of appropriate quality public services,” said Fergus Finlay, CEO, Barnardos. 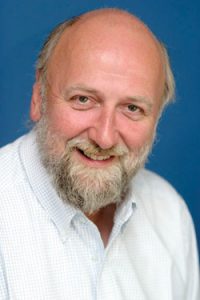 He stated that the Government’s main policy for young people – Better Outcomes, Brighter Futures 2014–2020 – has shown little visible impact in the first two years of its existence.

“Its intention to lift 70,000 children out of poverty by 2020 has had to be altered upwards to 96,000 in light of the greater number of children living in consistent poverty,” he said.

According to the Department of Social Inclusion, people who live in consistent poverty are those with an income below 60 per cent of median income and who are deprived of two or more goods or services considered essential for a basic standard of living, for example, who do not eat meals with meat every second day or have a warm waterproof coat.

Barnardos has seen that housing is a major problem for the people it helps. For example, one couple described how nine people plus a baby are living in a three bedroom house and the local corporation has stated that it will be “years” before proper accommodation becomes available.

Parents also find that education is not “free” in Ireland and one couple said it cost them €2,000 to send their children back to school. Books, uniforms, shoes, gym gear and the so called ‘voluntary contribution’ all add up.

Parents of six children going to school stated that their son in fifth year needed €400 for books alone. They could not afford this and he was afraid to go to school because he did not have his school books.

Another couple said that their two secondary school children needed €350 each for books. The principal suggested a payment of €70 per week but the parents could only afford €20 per week. The books were not given to the students until the full amount had been paid.

“It is a challenging time for thousands of families in Ireland today,” stated June Tinsley, Head of Advocacy, Barnardos.

She explained that the charity was encouraged by some steps taken in Budget 2017, but many children’s public services are under-resourced or absent.

“It is crucial that 2017 sees quicker implementation of the varied recommendations of the Government’s own framework so that children can achieve better outcomes and experience brighter futures,” she said.

In July 2016 Social Justice Ireland (SJI) released figures stating that 750,000 people were living in poverty in Ireland on under €218 a week.