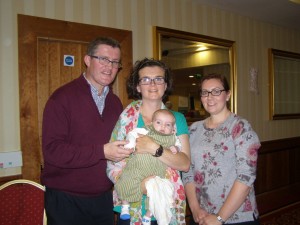 The next twelve months will be “critical” for the church in the wake of the conclusion of the Extraordinary Synod on the Family in Rome a spokesman for the Association of Catholics in Ireland has said.

Noel McCann of the ACI’s Steering Group told CatholicIreland.net that members of the laity must try to influence the message that goes back to Rome for the 2015 synod.

He said that the ACI and other reform groups would be encouraging people to make contact with their bishops to highlight the issues they believe need to be discussed over the coming months.

The Howth based parishioner said they would work within the diocesan structures available to them to get the talks going.

Noel McCann also criticised the bishops’ lack of promotion of the questionnaire on the family last year.

“It wasn’t taken up with enthusiasm by the bishops as we know – they didn’t make a huge effort to try and get the questionnaires out to people. The reform groups did try with some success,” he commented.

He underlined that there now needed to be a more widespread consultation ahead of 2015.

The ACI hopes to meet both Archbishop Diarmuid Martin and Archbishop Eamon Martin. 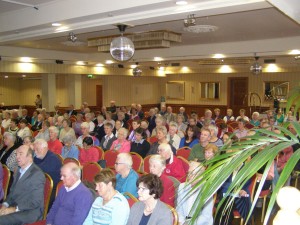 “We’re conscious that we are only a particular constituency and that others have an equally valid right to consultation. They may have totally different views to ours and we have to accept that and recognise and respect that. Our job is to get our views across and that is what we will be working on,” he said.

Speaking after members of the ACI, as well as We Are Church Ireland, Pobal De, Voice of the Faithful, and the IMU attended the meeting at the Regency Hotel in Dublin titled ‘Starting a national conversation’, he said Pope Francis had brought an “expectation of change”.

“He is calling on us to speak openly – speak freely – speak boldly – so we need to respond to that call.”

He said many lay reform groups in Ireland were finding the idea of their bishops consulting them as “very novel”.

“There isn’t a culture in this country of people being consulted by their bishops so we are learning and we are starting from a very low base.”

He welcomed the diocese of Limerick’s synod initiative as “very positive” and likewise Bishop Kieran O’Reilly’s response to the lay women’s protest over the permanent diaconate.

“They are all good indicators but we really have to learn how to communicate as ordinary people in the church with our bishops,” he said.

Two of the speakers at the meeting were husband and wife team, Patricia Higgins (41) and Seamus O’Gorman (48) who have three children.

Speaking about the Extraordinary Synod in Rome, Patricia said “The manner and nature of the consultation” and its effectiveness could be improved. 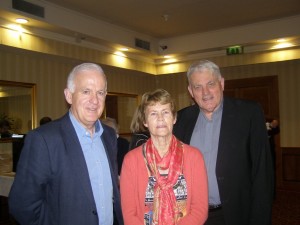 “The means to do that exists outside the church – the church could learn from other sectors in society like the development sector – the community sector – about participatory methods for lay people.”

She underlined that “being consulted is one of the lower levels of participation that is afforded people in other structures and other organisations” and so the laity should not “just settle for effective consultation – even if that in itself is very good.”

“It would be great if we could reach higher and look for much more active ownership,” the mother of three said.

Both Seamus and Patricia urged the church to “change the guest list” for next year’s synod.

“In a more equal Church there would be lay people involved in determining the guest list as well as on it,” Patricia Higgins told CatholicIreland.net

Seamus O’Gorman said the forthcoming synod was an opportunity for “a new openness to listening” and he urged married couples to “take that opportunity to articulate and input from their experience and understanding of family life so that it isn’t just left to theologians and scripture scholars.”

“If we are saying we want to affirm our role in the church we can’t just wait for others to do it and that is where I think there is a real opportunity to bring our own faith-based understanding of our own married life and lay life.”

They questioned the choice of couples of the Extraordinary Synod, wondering if there should have been a greater of diversity of age and marital experience.

“Did they choose people on the basis of longevity of experience – one couple were 50 years married and that’s fantastic and a massive insight but there are people who have something to say who are married just a year or five years married. There should be different generations – a multitude of experience of family and marriage.”