Care for creation: Listen to cry of earth and poor says Pope 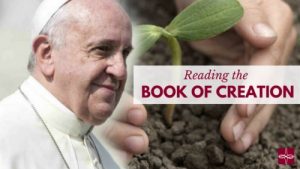 Today is the World Day of Prayer for the Care of Creation. On Wednesday, Pope Francis appealed for “a respectful and responsible attitude towards Creation”.

Speaking at his General Audience, the Pope said he and the Ecumenical Patriarch of Constantinople, Patriarch Bartholomew, had prepared a joint message which will be released today.

He said that in that message “we invite all to assume a respectful and responsible attitude towards Creation.” The leaders also appeal “to all who occupy influential roles, to listen to the cry of the Earth and the cry of the poor, who suffer most from ecological imbalances”.

The day of prayer for the Care of Creation comes as an estimated forty million people have been affected by flooding in India, Nepal and Bangladesh, while tens of thousands flee the ravages of Harvey in Texas.

According to the National Oceanic and Atmospheric Administration, for each of the past three years, temperatures have hit peaks not seen since the birth of meteorology, and probably not for more than 110,000 years. The amount of carbon dioxide in the air is at its highest in 400,000 years.

While there have always been storms and hurricanes, climate change is making them wetter and more powerful. According to the Clausius-Clapeyron Equation, for every 0.5 °C rise in temperature, there is an approximate 3 per cent increase in atmospheric moisture content.

Since 1989 the Orthodox Church has commemorated the World Day of Prayer for the Care of Creation. In the letter instituting the day for the Catholic Church in 2015, Pope Francis said the day offered “to individual believers and to the community a precious opportunity to renew our personal participation in this vocation as custodians of Creation, raising to God our thanks for the marvellous works that He has entrusted to our care, invoking His help for the protection of creation and his mercy for the sins committed against the world in which we live.”

The day also marks the beginning of the Season of Creation, which lasts till 4 October (Feast of St Francis). 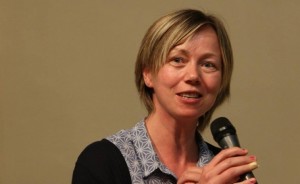 As part of this, the Global Catholic Climate Movement (GCCM) is hosting a webinar on ‘Prophetic Actions and Voices on Fossil Fuels and Climate Justice’ on Wednesday (6 September). Among the speakers will be Dr Lorna Gold from Trócaire.

The webinar (a seminar conducted over the internet) will explore the need for public divestment from fossil fuels and how Catholic institutions can pull together to capitalise on their joint potential.

“Many faithful Catholics are already responding to Laudato Si’ by moderating their consumption and embracing renewable energy technology. This is wonderful! Much much more, however, remains to be done by Church institutions to respond to Laudato Si’ and ensure that we are not unwittingly supporting the very practices that are degrading our planet,” says Lorna Gold.

“In particular, how our investments are made is critical in this regard and whether we are still investing in the companies at the heart of climate injustice – namely the fossil fuel industry,” she said. Divestment from this industry is about moral consistency, she said.

Contributors to the webinar, which begins at 3.00pm GMT, include Luigino Bruni, Professor of Economics at the Lumsa University (Rome) and worldwide coordinator of the Economy of Communion. Dr Gold will present a new resource for Catholic Institutions – the Catholic Divest Toolkit, and ​Cecilia Dall’Oglio of GCCM will explain how Catholic institutions of all shapes and sizes can jointly announce their divestment commitments together on key dates, to increase the visibility of the cause​. ​The next Joint Catholic Divestment announcement will take place on the Feast of St Francis on 4 October.