Candles of atonement lit in cathedrals and churches across Ireland 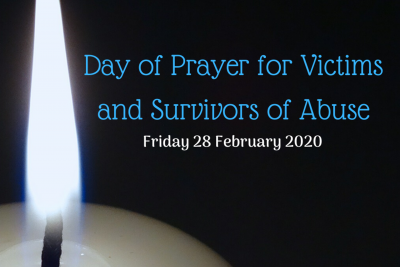 Candles of Atonement were lit in cathedrals and parishes across the country on Friday as part of the Day of Prayer for Victims and Survivors of Abuse.

Carlow Cathedral held an hour of Taize prayer and adoration on the theme ‘From Grief to Grace’.

In Sligo, Bishop Kevin Doran lit the Candle of Atonement during morning Mass and prayed, “Lord, forgive us our many sins. We grieve and repent with all our hearts for having offended you, for our great failings and neglect of the young and vulnerable.”

Elsewhere, the leader of the Church in Ireland, Archbishop Eamon Martin prayed in Armagh Cathedral, “We confess that bishops priests, deacons and religious in the Church have done violence to children and youth …we bishops did not live up to our responsibilities; we have sinned in thought, word and deed, in what we have done and failed to do.”

Speaking to Faithcast, Archbishop Martin explained how three years ago Pope Francis asked the Church all over the world to set aside a day of prayer for those who have been traumatised by abuse in the Church at some stage in their lives.

“Over the past few years here in Ireland we have been marking that day of prayer on the First Friday of Lent, setting aside an opportunity for congregations to pray at Mass or in other services for the many people throughout Ireland who have been impacted by abuse and who carry that terrible cross of abuse throughout their lives.”

He said the day of prayer provided the bishops and clergy with an opportunity to think about atonement and repentance for all that has happened in the Church.

“This time last year I went out to Rome, I was part of the big meeting on the protection of minors which Pope Francis called. During that meeting Pope Francis held a penitential service and I remember the great hymn, Kyrie Eleison – Lord have mercy – rising up from that meeting, where the Pope very honestly and openly said, ‘We bishops, priests and Church leaders have failed to protect our children and for that we are truly sorry.’”

Archbishop Martin said he believed reparation and repentance need to be part of the ongoing life and prayer of the Church.

“I am also conscious from meeting with victims myself that they appreciate very much that their brothers and sisters in the Church would be praying for them because for many of them it is a daily struggle to go on with their lives, to live with this awful period of trauma in their life-story. I think it is important for us as brothers and sisters in the Church to recognise that and to pray for them.”

Dr Martin told Faithcast that the Candle of Atonement was an idea proposed by a survivor of abuse.

“I was really pleased last year that many of the bishops and many priests and religious throughout Ireland agreed to have a candle of atonement in their parish church buildings. It is a really simple candle with a prayer attached to it in which we ask that God will forgive us for our many sins; we grieve and repent with all our hearts for having offended God; and for our great failings in the Church in terms of neglecting the young and those who are vulnerable.”

“The candle of atonement places all those who have been hurt by the Church in any way into God’s loving hands and asks for the protection of the Lord and of our Mother, Mary, for them.”

He added that the candle of atonement is part of a prayer that God will send peace into victims’ broken lives and show all of us how we can “get out of the darkness of this awful chapter in the life of the Church and lead us into the light of God’s Word”.

The Archbishop said the candle of atonement was a simple but very strong and meaningful way to keep the terrible ordeal of victims and survivors of abuse in the Church to the fore on the First Friday of Lent.

“One of the things about this particular initiative is that it reminds us that the abuse of children, young people, vulnerable people has happened in our Church. We know that abuse is out there in society as well. There is abuse in homes and in families and in many places.”

“I hope that the candle of atonement reminds people to take care of each other and during the season of Lent, if we enter into prayer and charitable acts and self-denial, to realise that when we do so, it is for the good of all.”

The simple prayer ritual for the dedication and lighting of the Candle of Atonement is based on the Penitential Rite composed and prayed by Pope Francis at the final Mass of the World Meeting of Families 2018 in the Phoenix Park where he implored the Lord’s mercy for the crimes of abuse and asked for forgiveness.

The Day of Prayer for Victims and Survivors of Abuse was first marked in Irish dioceses and parishes in 2017.

Separately, the Vatican on Friday announced that it has created a new task force of experts in clergy sexual abuse to assist bishops’ conferences in reviewing their child protection guidelines.

The Vatican’s press office said the new group aims to help bishops’ conferences update their instructions to reflect the various changes in Church law made in recent years by Pope Francis.

In 2011, Pope Benedict XVI mandated all bishops’ conferences around the world to develop guidelines for handling abuse allegations.

However, Fr Federico Lombardi, former Vatican spokesman, told NCR that some bishops’ conferences have yet to develop such guidelines.

However, he explained that some of the countries are caught up in conflict or grappling with extreme poverty and “have not had time to dedicate to the issue”.