Home > News > Call for Asia Bibi’s safety to be guaranteed 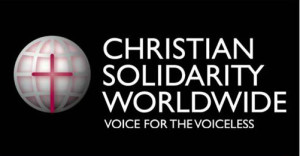 Christian Solidarity Worldwide (CSW) has called for Asia Bibi’s security and wellbeing to be guaranteed while an appeal gets underway at the Supreme Court in Pakistan.

On Thursday, the High Court in Lahore upheld her 2010 death sentence for blasphemy.

The Lahore court rejected Asia Bibi’s appeal against her death sentence for blasphemy in the presence of the complainant cleric Qari Saleem and representatives from Jamaat ud Dawa (JuD), the political wing of the violent militant organisation Lashkar-e-Taiba (LeT).

The ever-growing influence of extremist groups in Pakistan is highlighted in CSW’s recent Pakistan briefing as a key concern; in addition to fabricating blasphemy accusations, they frequently threaten and even kill relatives of those accused as well as lawyers working on blasphemy cases.

Asia Bibi was arrested on 19 June 2009 in Ittanwalai village, close to Lahore, and held in detention for over a year before being officially charged.

On 12 November 2010, she was sentenced to death for blasphemy on account of defaming the Prophet Muhammad under section 295-C of the Pakistan Penal Code.

The initial charges were brought by a local cleric named Maulvi Qari Saleem, two days after two of Asiya Bibi’s colleagues alleged that she had insulted the Prophet after a petty dispute.

Asia Bibi has endured grueling conditions in nearly four years of detention on death row, much of it spent in solitary confinement.

Her health has suffered and she has had severe restrictions on visitors.

This is in part due to security concerns, as blasphemy law victims are prone to violent abuse.

There has been a lack of progress in her case, with five hearings cancelled this year alone, as well as the intimidation of judges and lawyers. 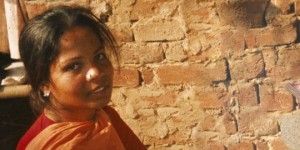 Michelle Chaudhry, President of the Cecil & Iris Chaudhry Foundation (CICF) stated, “We are disappointed and terribly upset over the decision, however we look forward to the appeal in the Supreme Court, with optimism and with the hope that the Supreme Court of Pakistan will do justice in this case, as Asiya Bibi has wrongly been convicted of blasphemy.”

“We remain optimistic that the rule of law will prevail and justice will be done. For now that is our only hope.”

Given the spurious grounds of her case, the unfair trial proceedings and the unjustified solitary confinement she has endured in jail, CSW calls on the Supreme Court to expedite a hearing on Asia Bibi’s case.

On 19 June, a Supreme Court judgment intended to improve access to justice for minorities recommended the establishment of “a special bench to entertain complaints of violations of fundamental rights of minorities in the country.”

A proactive approach to providing justice for Asiya Bibi would prove the Supreme Court’s commitment to ensuring fundamental human rights and justice for all citizens of Pakistan.

CSW’s Chief Operating Officer Andy Dipper said, “We are deeply disappointed by the decision of the Lahore High Court. Asia Bibi’s sentence is a tragic reminder of the continued abuse of the dysfunctional blasphemy laws and the underlying weaknesses in Pakistan’s justice system.”

“Deeply-rooted problems of prejudice, inefficiency, corruption, and under-resourcing are amplified in blasphemy cases, and even more so for religious minorities.”

“The only hope she has for justice is when the case is heard in the Supreme Court. We urge Chief Justice Nasirul Mulk to consider Asia Bibi’s case with the utmost urgency, and to ensure her safety both throughout and after the process.”