Exploring the inner self through Images
– Using paintings and photographs to get to know ourselves more fully.
Workshop facilitated by Joey Feeley.

This afternoon will focus on how Lorna’s positive vision for the world, passed on to her  by God and the Angels can transform the world into a more loving place b promoting peace and hope. 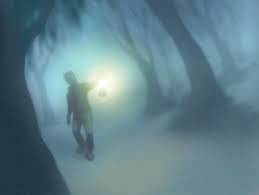 What is prayer all about?
What do we mean when we talk about communicating with God?

This series will explore prayer through conversations and practical experiences in a relaxed atmosphere.
All welcome, no expertise required! With coffee…
With Ian Neylon and Anne Francis
Donation €10 per person or couple. €40 for the five sessions. 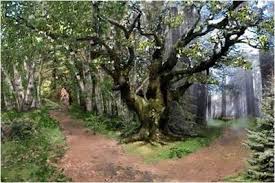 Is your marriage due a check-up?

Do you think you could benefit from a few helpful tips?

Comprising four sessions Mar 14th; Mar 28th; April 4th and April 11th 2019.
Topics include:-
• Communication
• Effective Listening
• Feelings and how we express them
• How to handle an argument
• Being true to yourself while being a good spouse and parent

The Mass is followed by a cup of tea/ coffee and a chat.

A practical and prayerful evening for liturgy groups and all who are preparing the liturgies of the Easter Triduum. With the Galilee Team 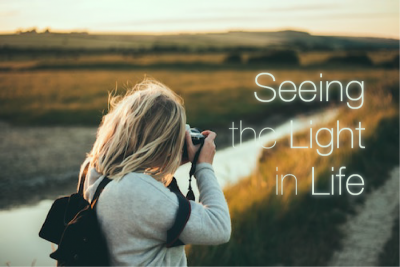 Bring your camera along for a time to notice what is happening around you – and take some time to see what is seeking life within you.

These spring days will use light as a metaphor for life, evoking ancient wisdom from the Christian tradition. Led by Steve Radley, an award winning photographer and Anglican priest, characteristics and qualities of light will be explored and participants will be invited to find, reflect on and share images.

Finding the Soul’s Song in Later Life
Facilitated by Una Agnew SSL
Una Agnew has lectured in the Spirituality Department of Milltown Institute. She is a founding member of the All Ireland Spiritual Guidance Association, and is an expert on the spiritual dimension of the poetry of Patrick Kavanagh

Una Agnew SSL has lectured in the Spirituality Dept. of Milltown Institute. She is a founding member of the AllIreland Spiritual Guidance Association, and is an expert on the spiritual dimensions of the poetry of Patrick Kavanagh.

Tea and biscuits from 9.45am

Please bring your own lunch, cooking facilities available in Resurrexit

At a time of difficulty for the Church in Ireland, it seems that the Holy Spirit is raising up special places and people to help with the restoration of the Catholic faith. One of these is the ancient site of Clonfert, which has once again become a place of pilgrimage and renewal for people from all over the country. Clonfert, which means “Meadow of Miracles”, was founded in 580 AD by St Brendan. It was a famous place of learning, culture and mission for a thousand years. At one time three thousand monks studied there. But during the Reformation, it was razed to the ground and the site lay dormant and seemingly forgotten for 400 years.

Almost immediately Divine Providence began to work, however, and people began appearing offering their support. This ranged from the offer of a wooden tabernacle to a £50,000 gift for a chapel.

Eddie Stones  had helped out at one of the Camp Jesus’ at Clonfert. It was thus natural that they should both be present at the first Mass that was celebrated in the Clonfert oratory on 17th July 1987.

Eddie Stones had a traditional Catholic background. A very sociable and gregarious man, he had developed a good business as a butcher in a small town. He was married with three children and had a nice home. A regular Sunday Mass goer, but not particularly devout, his life had changed drastically, when one Saturday night as he and his wife were having tea, Our Lady suddenly appeared to them both without warning.

Eddie comments, “We were amazed. We both saw her at the same time, as it was an exterior vision, but she didn’t say anything.” They spent most of the rest of the night in prayer, and in the days that followed prayed fervently for God to show them his will. “We couldn’t believe that it could happen to people like us and wondered what it all meant? For the last 25 years Eddie has been involved in the healing ministry.

JOHN O`DONOGHUE – CELTIC MYSTIC
Come and spend a day in the company of the writings of
John O`Donoghue. During the day we will be exploring what he has to say about the old Celtic idea of the soul
friend or Anam Cara. In addition, we will re-discover how appreciation of the natural world and stillness, can allow
us to find shelter from the sense of being homeless in the modern world. There will be time for reflection and medi-
tation, and a chance to share with like -minded seekers on the spiritual path.
The day will be facilitated by Dominic Cogan, Soul Empowerment Coach and Inter-spiritual Mindfulness
Facilitator.
Saturday March 30th. 10.30am to 4.30pm.
Tea and coffee from 10am.
Suggested investment €40. Concessions available. Please bring your own lunch, cooking facilities available in Resurrexit.
Bar food and deli within easy reach.
No booking required, come and bring a friend.

HEALING AND THE ARCHANGEL RAPHAEL
This will be the theme for two evening workshops to be given by Fr. Jim Cogley, on 2 Friday evenings, the
5th + 12th of April, at 8pm.
All are welcome to one or both evenings.
Suggested investment €15 (Concessions available).
As well as being a priest, Fr Jim is a psychotherapist, woodturner and author of the book series, “Wood You Believe”.

Read more
Apr
6
Sat
Listening to the Wisdom of Your Body: an introduction to BioSpiritual Focusing @ Manresa Jesuit Centre of Spirituality
Tickets
Apr 6 @ 9:30 am – 5:00 pm 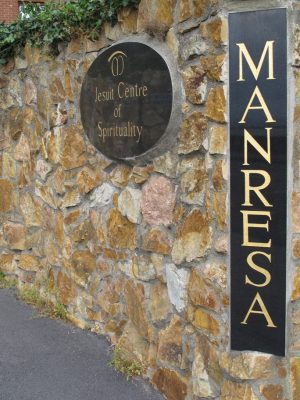 A one-day workshop to explore the origins and steps of BioSpiritual Focusing presented by John Keane.

BioSpiritual Focusing teaches us how to connect with our bodies’ consciousness through the ‘felt sense’ which is common to all humanity.
During the workshop we will experience how ordinary, everyday living, experienced in the body, can be a source of spiritual development. This lived experience links us to a process that is more than just ourselves, connecting us to the One ‘in whom we live and move and have our being.’ (Acts 17:28)

This day is open to both beginners and those who wish to renew their engagement with this bodily form of healing, discovery and discernment. 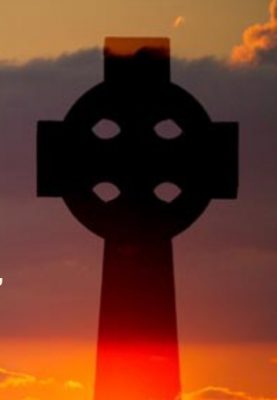 A day of reflection on the mystery of transformation at work in the Universe story and in our Christian journey from ashes to alleluia!

Monica and Hilary will provide participants with an opportunity to reflect on the scripture imagery and themes of this Lenten season, enlightened and enriched by the mysteries at work in the Universe Story. Through imagery, ritual prayer and music, participants with be drawn into a prayerful space to ponder the grace of transformation at the heart of the Paschal Mystery and its meaning in our own journey. 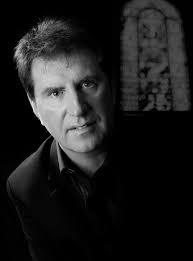 To celebrate the 60th anniversary of Our Lady of Lourdes Church a Gala Concert has been arranged featuring Liam Lawton writer and has delighted audiences wherever he has performed.  Fr Liam is an internationally renowned singer. Fr Liam will be joined with special guests Our Lady of Lourdes Youth Choir who have really made a name for themselves as a result of their dedication and stunning performances both locally and further afield. Truly a night not to be missed.

Tickets are now available from St Peter’s Church Shop on West Street, in either Church Sacristy, from Ticketweb.ie and from the Barbican Theatre, William Street priced at €20 (€15 concessions). A wonderful gift for mothers day or as a special treat for yourself. 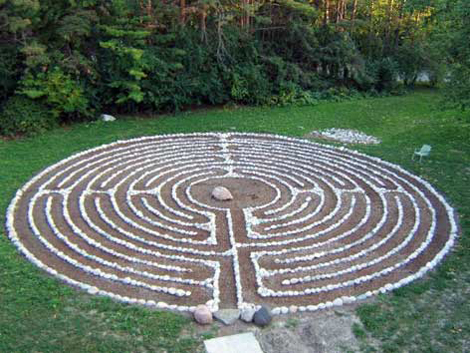 A gentle time exploring your experience in a safe and healing environment. A spiritual approach to grief, loss and life. For people who have experienced the death of a baby/babies. People who have been recently or long ago bereaved are welcome to attend.
We are happy to welcome Ann Charlton for this event. Ann is Chaplain to the Rotunda Maternity Hospital, Dublin and has worked as a chaplain in maternity services for over ten years.
10.30am-4.00pm. Donation.

Did you know that Galilee has joined the Quiet Garden Movement? We invite you to join us for an afternoon in the beautiful setting of our garden, with an opportunity for reflection and prayer, and to stop and smell the flowers. Closing with refreshments. Please let us know if you are coming. (It’s not going to rain!) 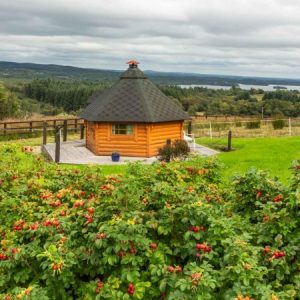 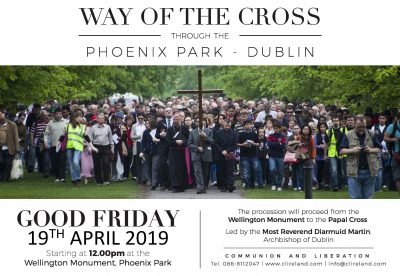 Archbishop Diarmuid Martin will lead the Way of the Cross through the Phoenix Park on Good Friday 19 April 2019. The procession will proceed from Wellington Monument at 12.00pm to the Papal Cross in the Phoenix Park

A MEETING OF MEN
Our annual meeting for men takes place as usual on Easter Saturday, the 20th of April, when we will have an opportunity to listen, share and be supported in all aspects of our spiritual life.
The day will be facilitated by Fr. Jack Finnegan,
Coffee from 10.30 for 11am start, finishing at 4.30pm
Please bring your lunch, cooking facilities available, pub food 8 minute drive
All men welcome, no booking required, bring a friend.
Donations welcomed. 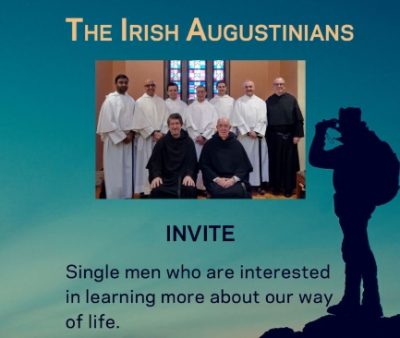 Single men who are interested in learning more about our way of life. 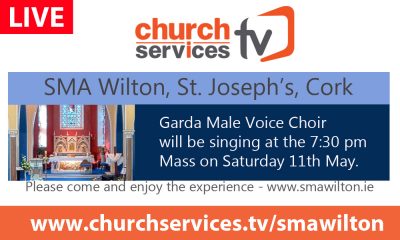 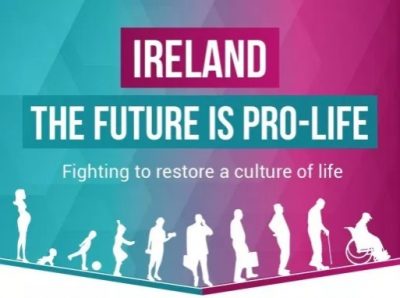 IRELAND: The Future is Pro-Life

Fighting to restore a culture of life a year on

(The conference is sponsored by Aid to the Church in Need)

10.30        Senator Rónán Mullen
Rebuilding the culture of life in the public square

15.15        Panel discussion with questions and answers
Moderated by David Quinn

This day is for families (adults) of people in addiction, including family members in recovery. It will focus on helping all members to understand addiction and how it impacts on a family. We will seek to explain how family members adopt coping mechanisms in order to absorb the impact of the addiction on the family and explore new ways of managing the addiction. Throughout the day there will be an emphasis on the spiritual dimension both to addiction and to the solutions.

Mick Devine MA is a therapist and has been an addiction treatment practitioner for over 20 years. He is the Clinical Director at a leading addiction treatment agency based in Cork. He has a particular interest in the role of the spirituality of the Twelve Steps of Alcoholics Anonymous in the treatment of addicted persons.
Numbers limited. Booking essential. Light lunch included. 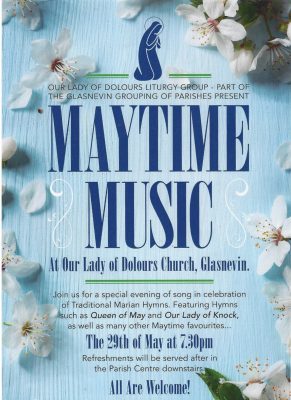 An evening of traditional hymns and music for the Marian month. 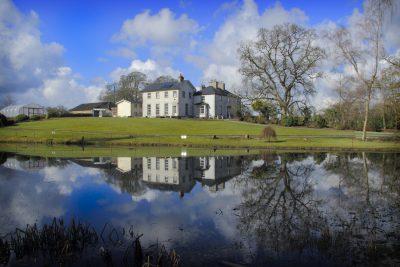 The Wonders of Creation
The Miracle of Life. An Invitation to walk with God In self-Discovery within the Mystery of the Unfolding Universe.
The retreat will be a journey of exploration.
Who am I? Where did I come from?Where are we going? What is the meaning of Life?
The Evolutionary story of the Universe will be the context for the retreat as we explore together how the universe in all its manifold relationships, shows forth the inexhaustible richness of God

Forgiveness:
The journey from hurt to healing, freedom and peace. 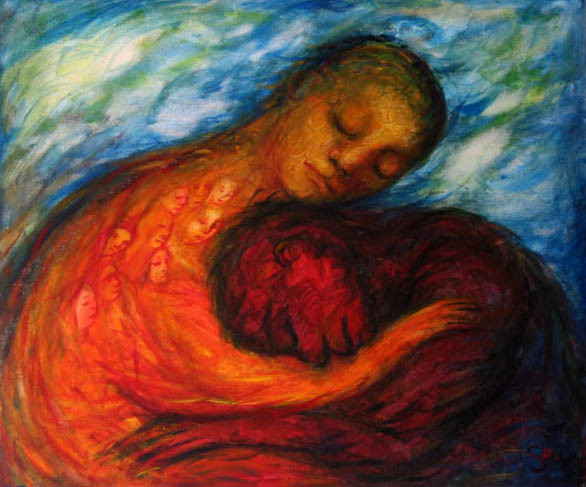 An opportunity to reflect on ways to deal with life’s hurts and disappointments,
so we can move forward and find peace and contentment 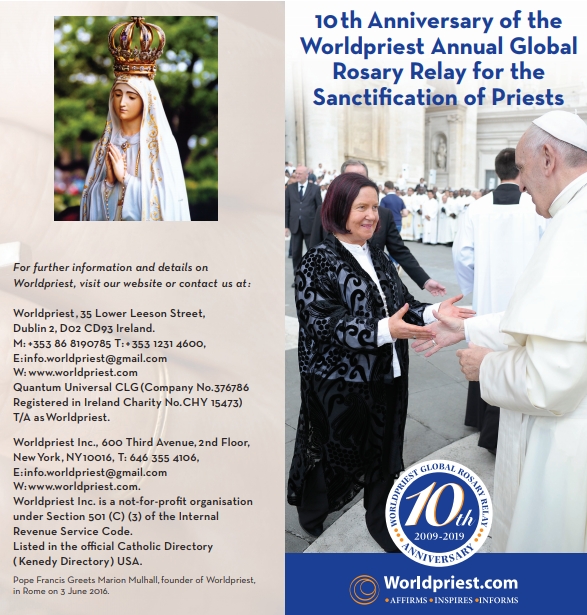