Building trust is first step on road to discipleship 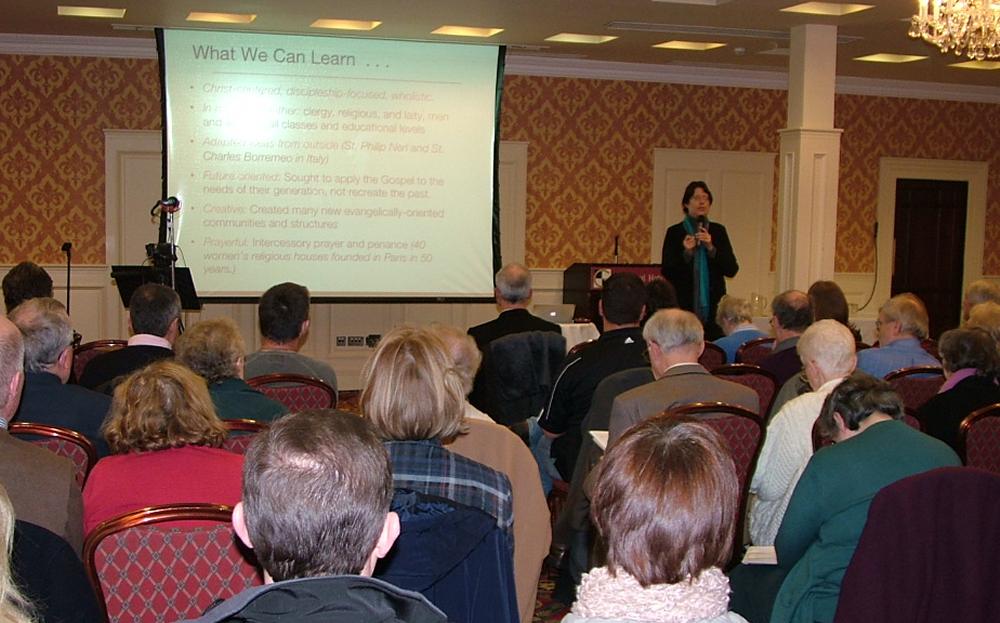 The first step towards forming intentional disciples is to re-establish trust with people who are “gone” from the church, author Sherry Weddell has said.

“Build a bridge of trust with them,” she urged.

Ms Weddell addressed over 100 people at a gathering for Catholic leaders in Maynooth at the weekend on the topic ‘Forming Intentional Disciples’.

The gathering brought together priests, religious, members of lay movements and communities and catholics involved in parish life.

In her talk, Ms Weddell whose book ‘Forming Intentional Disciples’ has sold over 50,000 copies, said religious identity is “remarkably fluid” nowadays and unlike with previous generations, faith is not being passed from one generation to the next.

“In our time even if we have done a fabulous job to catechise our children, all the cultural winds ensure that most young adults will resist and decide for themselves.” This applies not just to Christianity but to all religions.

But the good thing was, she said, that this “wind” blows in both directions, and that even a young person raised without religion will “revisit it as a young adult”.  This wind “penalises inherited religious identity.” 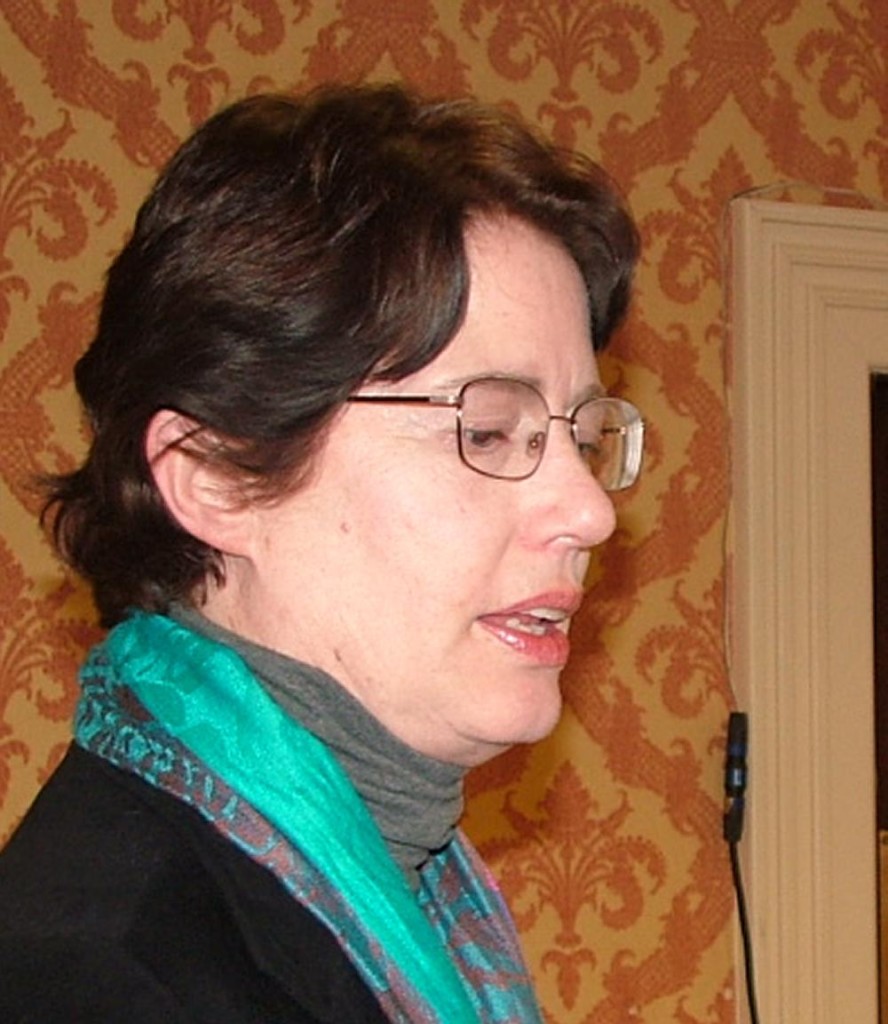 16 million people convert to Christianity every year (43,800 every day), but another 11.6 million leave Christianity.

Over half American adults (53%) have left the faith of their childhood at some point. An estimated 9% return to it at a later point.

Ms Weddell, who travels all over the world giving talks on evangelisation, said that she has been shocked at the number of people she meets who are dubbed “leaders” in a parish setting who do not feel they can have a personal relationship with God.

According to her research, 62% of Catholics seldom or never share their faith or view of God with anyone else.

“But 21st century people do not worship abstractions, they want encounter.”

A Canadian study from 2012 entitled ‘Hemorrhaging Faith”’ found that young adults who stayed connected to their faith had experienced God’s presence and seen answered prayer, could ask and openly discuss their real spiritual questions in the Christian community, understood the Gospel at a deep level and had seen communities of faith and older adults who authentically lived their faith.

Ms Weddell said there was a difference between a capacity to believe and someone who actively believes. 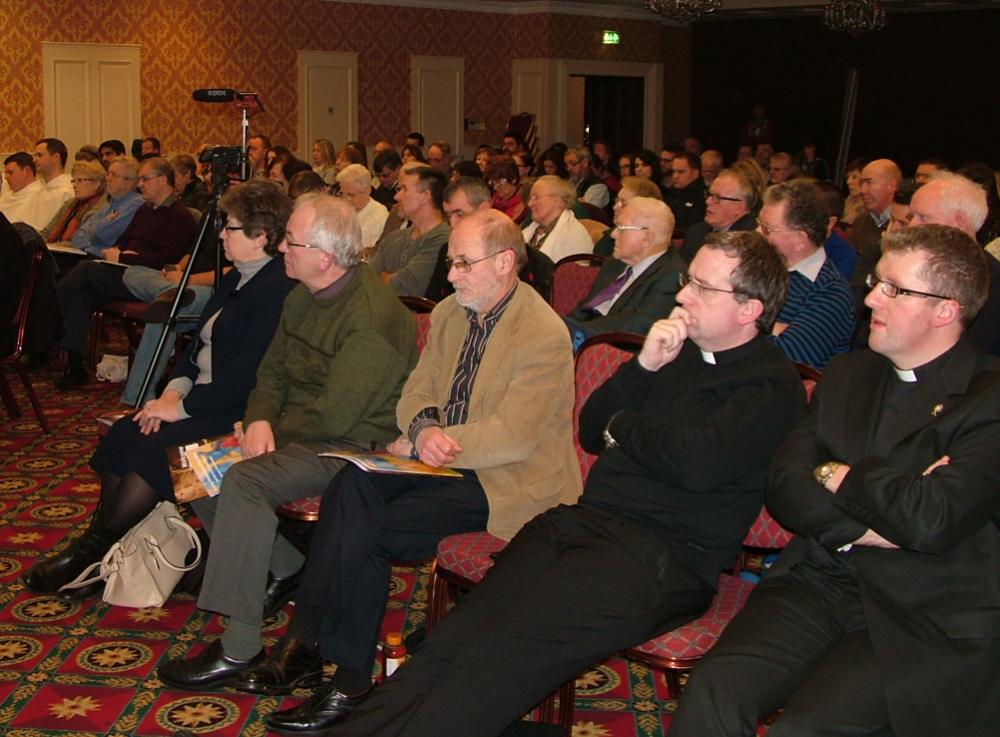 “All of our baptised people have that capacity [to believe] but we haven’t been calling them to that free act of faith that results in “intentional discipleship”.

According to Ms Weddell, a convert herself to Catholicism, there are three concurrent journeys in adults: the personal interior journey (the act of faith which results in intentional discipleship), the sacramental journey and thirdly, an active or inactive journey (where people participate in church life).

She maintains that in the Catholic Church people skip to second and third journeys, without the first, which means that someone can be very involved in the running of the church, but it could be “any kind of community service”. 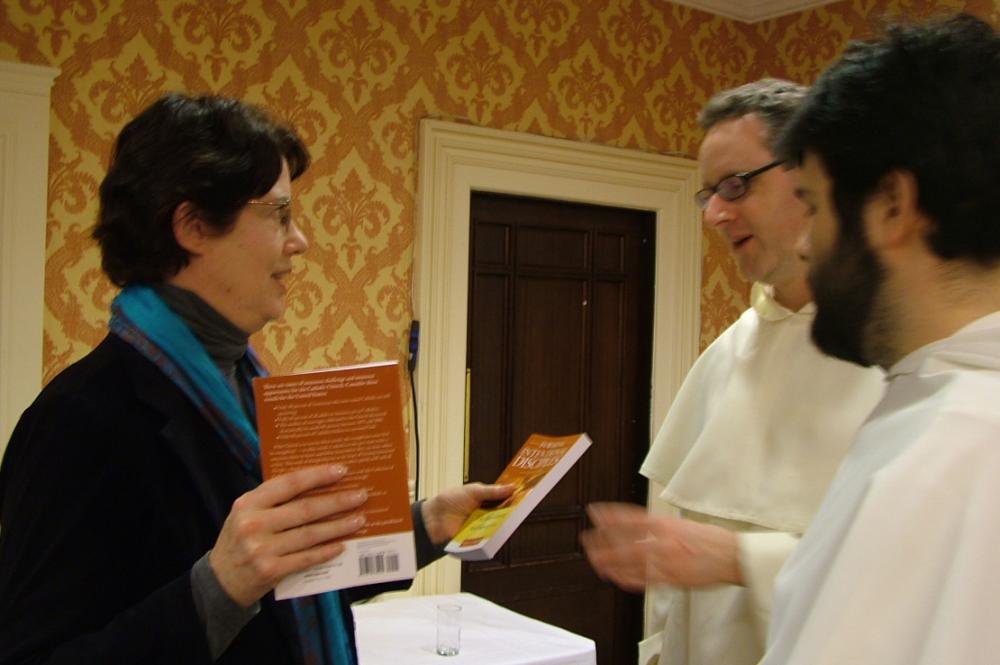 Ms Weddell told CatholicIreland.net that her advice to parents trying to pass on faith to their children was to build trust, and “invite them to tell you the story of their own lived relationship with God (even if they say they’re atheists).

You are not going to criticise them or argue, it is just to understand things from their perspective. This is a form of listening evangelism.”

Ms Weddell was speaking at the Tine conference at the Glenroyal Hotel in Maynooth.

Tine is a network of Catholic leaders, which aims to promote Catholic evangelisation in Ireland.