Child’s near death experience of heaven now a movie 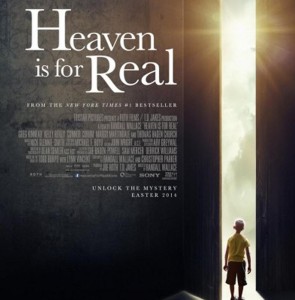 A movie describing the near death experience of a little boy who had not reached his fourth birthday, opened in cinemas nationwide on Friday (13 June).

Heaven is for Real tells the true story of Colton Burpo, who during an emergency operation for a burst appendix, had an out of body experience and then says he visited heaven.

According to medical records, he did not die, and yet, in the months following his ordeal, Colton was able to describe in detail what heaven was like, meeting Jesus, the Father, his great grandfather and his unborn sister. 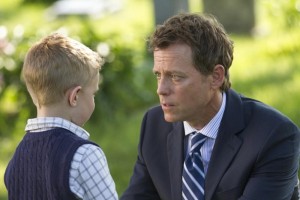 Greg Kinnear (Todd Burpo) and Connor Corum (Colton) in Heaven is for Real.

Son of a Wesleyan pastor, Colton had grown up on a diet of bedtime bible stories, but the details he revealed were not things he would have known from his upbringing, according to his father, Todd Burpo.

He described Jesus as having “red markers” on the palms of his hand, on the tops of his feet.

“We know where the nails were driven when Jesus was crucified, but you don’t spend a lot of time going over those gruesome facts with toddlers and preschoolers,” he writes in the book, Heaven is for Real.

Four months after the emergency operation, and Colton’s miraculous escape from death, his father began to hear of his son’s trip to heaven.

Driving through North Platte, the town where he had been operated, Colton, who had just turned four, described going out of his body.

“And the way we knew he wasn’t making it up was that he was able to tell us what we were doing in another part of the hospital: ‘You were in a little room by yourself praying, and Mommy was in a different room and she was praying and talking on the phone’,” Todd writes. “Not even Sonja had seen me in that little room having my meltdown with God.” 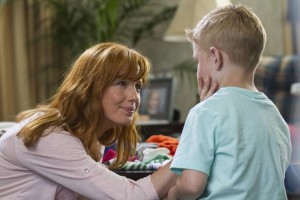 Over the weeks ahead, Colton told him about heaven, how he met Jesus and sat in his lap.

There were lots of colours, people had wings, no one was old or wore glasses. He had seen the devil too, but would not talk about him.

One day seven months after the operation, he announced to his mother Sonja Burpo, “I have two sisters.”

“No you have your sister Cassie,” Sonja replied.

“No. You had a baby die in your tummy, didn’t you? She looked a lot like Cassie. She is just a little bit smaller and she has dark hair.”

The miscarriage had been traumatic for the Burpos and they had never mentioned it to Colton. 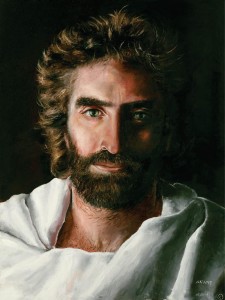 The image that most closely resembles the Jesus Colton saw.

His parents became convinced that Colton was telling the truth, and risking ridicule, four years after the event, went public on his experience.

This became the book, Heaven is for Real, which almost immediately became a bestseller.

Heaven is for Real, the movie, opened in the US mid April. Starring Greg Kinnear and Kelly Reilly, it has already grossed $85m in US box office returns.

Colton Burpo, now aged fifteen, says his memories of heaven have faded somewhat, but some images remain strongly etched, like sitting in Jesus lap, meeting his sister and the huge flaming sword of Michael the archangel.

“When you were younger you always had one best friend and when you were at your best friend’s house and it was time to go home, you would hide so you didn’t have to leave.”

“Whenever you’re around Jesus you just want to do that because you never want to leave.”