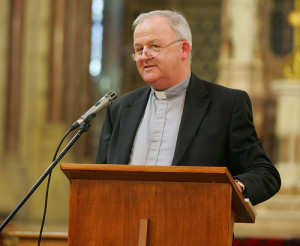 The Bishops’ Council for Education has welcomed the Minister for Education’s announcement of nine new post-primary schools including two schools with Catholic patrons.

In a statement issued on Thursday, Chairman of the Council for Education, Bishop Brendan Kelly, congratulated the Edmund Rice Schools Trust and the Diocese of Cloyne, in partnership with the Cork Education & Training Board, on their successful applications for new schools in Carrigaline and Midleton/Carrigtwohill respectively.

“These were the only two areas where Catholic patrons applied and it is notable that in both cases there is strong parental demand for the proposed school,” Bishop Kelly said.

“The new Edmund Rice school in Carrigaline will be a welcome addition to the Catholic voluntary sector while the joint ETB/Diocese of Cloyne school in Midleton/Carrigtwohill will further strengthen the already excellent partnership approach between the ETBs and Catholic patrons around the country,” Bishop Kelly said.

The nine new secondary schools will open in 2015 and 2016, and will provide additional places for up to 7,300 students in Cork, Cavan, Dublin and North Wicklow.

These are areas of the country which have seen population growth in recent years.

Responding to the news, Bishop William Crean of Cloyne said he welcomed the news that the application or a new post-primary school in the Midleton/Carrigtwohill area, had been successful.

“I am very happy that the application by the diocese, in partnership with the Cork ETB, receives notable parental support in the Midleton/Carrigtwohill area, and has been granted.”

He continued, “This new project will strengthen the already excellent working relationship which has existed for many years between the Diocese of Cloyne and the Cork ETB.”

The diocese already works in partnership with the ETB in post primary schools in Ballyvourney, Buttevant, and Coachford

There was enough demand in the Cork-south suburbs and Carrigaline area for two new schools, including one will operate under the patronage of the Christian Brothers’ Edmund Rice Schools Trust (ERST).

The two new schools in Carrigaline and Midleton/Carrigtwohill are the first new post primary schools under Catholic patronage for almost 20 years.

Five of the nine new schools will enrol 1,000 pupils each and they will all be co-educational. They will be located in the greater Dublin area, and in north Wicklow, Kildare, Cork and Cavan, all of which have seen their populations expand in recent years.

Educate Together have been confirmed as patrons of five of the nine schools.