Bishop recalls those who died in 1916

"The longer a voice is suppressed, the stronger the force and resentment that will accompany it when it eventually explodes and has to be heard." 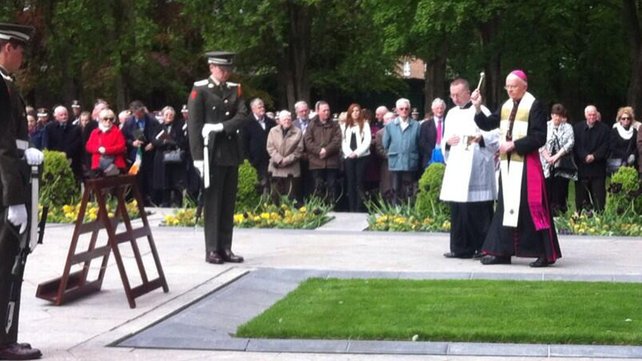 Bishop Eamon Walsh of Dublin has urged Irish society to build its future by treating the most vulnerable in society as a genuine family would, while also rejoicing in each other’s successes.

In his homily for the annual Mass for all who died in 1916 at the Church of the Sacred Heart, Arbour Hill, Dublin, the auxiliary bishop of Dublin said that in order to build a solid ground for the future, Irish society must learn to listen respectfully, especially to those who may irritate us most.

“From experience we know that the longer a voice is suppressed the stronger the force and resentment that will accompany it when it eventually explodes and has to be heard,” he said.

The Mass was attended by President Michael D Higgins, Mrs Sabina Higgins, the Lord Mayor of Dublin, Oisín Quinn, the Taoiseach, Enda Kenny, relatives of those who fought in 1916, as well as public representatives and religious leaders.

“To enable us to listen with a heart of flesh rather than a heart of stone, it can be helpful to listen in silence each day to the voice within. For people of faith this is letting God speak to the heart; taking daily quiet time saying, ‘speak Lord, your servant is listening’.”

The Bishop said reflective living can be different for different people. Regardless of traditions, faith, dormant faith or none, there is always a voice of conscience within.

“To listen to each other and the voice within is a good hook on which to build the preparations for the 1916 centenary and Ireland beyond,” Bishop Walsh suggested.

Rejoicing in others’ success is the way to a more mature Ireland, he said and added that often, to “name, claim and tame” are more productive than “name, blame and shame”.

“Deep listening helps in naming the issues to be tackled together; claiming joint responsibility for tackling them; and taming the obstacles on the journey.”

The Bishop warned that perfection, like a conflict free world, is a mirage for now. “It is more sensible to move on together, warts and all, and with a healthy sense of humour,” he said.