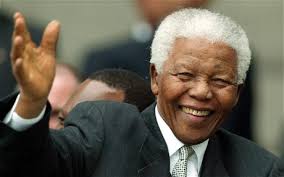 A leading bishop in the American Church has criticised Nelson Mandela’s “shameful promotion of abortion.”

In a statement, Bishop Tobin said that while there was “much to admire in Mandela’s long life and public service,” most notably his support for human rights, the South African leader’s career was also notable for “his shameful promotion of abortion.”

He acknowledged that many people around the world are mourning the loss of the former South African president and he recognised Mr Mandela’s public service, particularly his personal courage and his “stalwart defence of human rights.”

But he continued, “There is part of President Mandela’s legacy, however, that is not at all praiseworthy, namely his shameful promotion of abortion in South Africa.”

He referred to President Mandela’s role in 1996 when he “promoted and signed into law” the ‘Choice on Termination of Pregnancy Bill’.

This bill had, Bishop Tobin said, according to the New York Times, “replaced one of the world’s toughest abortion laws with one of the most liberal.”

Bishop Tobin concluded his message by saying, “While we pray for the peaceful repose of President Mandela’s immortal soul and the forgiveness of his sins, we can only regret that his noble defence of human dignity did not include the youngest members of our human family, unborn children.”

Closer to home, Nelson Mandela’s contribution to South Africa and to the rest of the world was honoured at a carol service for the international community in Dublin on Sunday.

The Church of Ireland Archbishop of Dublin, the Most Revd Dr Michael Jackson, paid tribute to “a man who lived his life for others.”

Speaking at the Discovery International Christmas Carol Service in the Church of St George and St Thomas in Dublin’s Cathal Brugha Street, Archbishop Jackson said Nelson Mandela’s name “will ever be chiselled on the Memorial Wall of history and for special reasons.”

“A long life lived with passion and commitment brought about many changes in him and in the nation to which he belonged and which, in the fullness of time, he led into a future of which so many had not even dared to dream.”

He said Mr Mandela’s stamina and idealism gave birth to patience and politics which secured dignity for the human person in South Africa such as had never been in place before and would not have happened had it not been for him – who he was and how he did it.

“The impact of his personality has been such that everyone across the world knows him as ‘one of their own’,” he said.

He espoused values of principle, of human worth and of change and inclusion which have made it virtually impossible for unreflective conservatism to hold sway with any credibility or integrity. This is a legacy of thanksgiving, Archbishop Jackson said.

“We in Ireland remember his gracious commitment and contribution to ‘The Special Olympics’ and to all that he shared of himself internationally from within Ireland at that time. The disabled, the poor, the needy were among those who initiated change for the better through the hand and the heart of Nelson Mandela.”

“We take a moment to reflect on a life which has changed the human face of the world. We use this moment to remember the challenge and responsibility of a rainbow people of God at home and abroad. We celebrate a life lived for others by the father-figure of a nation whom many have come to regard as the father-figure of the world – Nelson Mandela.”