Home > News > Bishop thanks Pope for peace efforts on Syria

Bishop thanks Pope for peace efforts on Syria 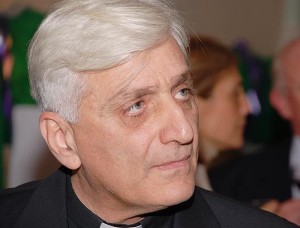 The Chaldean Catholic Bishop of the Syrian city of Aleppo has thanked Pope Francis for what he is doing to support peace efforts in the Middle East country ravaged by conflict.

“I was told that in the coming days there will be a study day on the tragedy of the Syrian people at the Vatican,” Bishop Antoine Audo told Fides.

He suggested that the study day might throw up elements of reflection that could be useful during the Geneva II Conference which takes place later this month.

Speaking about the Geneva II talks, Bishop Audo said participants who attend the conference on 22 January in Switzerland will have to respect the characteristics of the Syrian conflict if concrete results are to be secured.

“We believe that we must respect the country with its problems, support it in its progressive journey towards justice and freedom rather than taking advantage of its weakness simply to destroy it,” Bishop Audo warned.

He continued, “Maybe someone thought that Syria was like Libya, that it was easy to change the system from the outside, perhaps for economic interests. As it turns out, it was fallacious conjecture”.

Representatives of 30 nations and four organisations will meet on 22 January for the conference which will focus on ways to bring about an end to the Syrian conflict.

The conference is seeking to bring together the Syrian regime and the Syrian opposition to discuss a transitional government for Syria with full executive powers.

The agenda has been discussed by UN peace envoy to Syria Lakhdar Brahimi in close cooperation with the US and Russia.

In November, disagreements between the US and Russia emerged over the agenda of the conference.