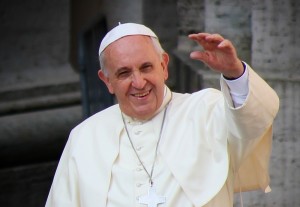 Pope Francis, who is currently visiting the US, has sent a special Apostolic Blessing to the Irish faithful as the National Eucharistic Congress in Knock gets underway later today.

Thousands of pilgrims are expected to attend this two-day celebration of faith which will conclude Sunday evening.

The special message was received by Archbishop Charles Brown, the Apostolic Nuncio in Ireland, who will deliver the homily on Sunday.

In his message, the Pontiff conveys his greetings to the organisers and all the participants in the Congress, which is focused on the theme of ‘Christ Our Hope’.

“His Holiness asks everyone gathered in these days at Our Lady’s Shrine in Knock to strive to intensify their life of prayer by making the Eucharist the true centre of Christian communities where praise and thanksgiving lead to a renewed commitment to evangelisation and ecclesial communion”, the message states.

“May all the participants draw abundant graces from the Most Holy Sacrament of the Altar and seek to build a world that is ever more just and reconciled, in accordance with the teachings of Our Lord Jesus Christ and His Church,” the Pope writes.

The message concludes, “With these sentiments, the Supreme Pontiff entrusts to the loving protection of Our Lady to the Bishops, priests, deacons, religious and faithful people of Ireland and, as a pledge of abundant divine gifts, imparts to them with affection his Apostolic Blessing.”

The National Eucharistic Congress which opens this morning at 10am with a prayer service led by Bishop Kevin Doran. 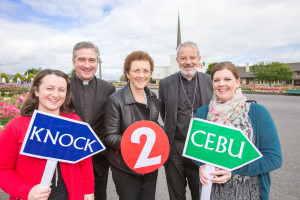 The Irish Bishops’ Conference is hosting the National Eucharistic Congress which comprises prayer; daily celebration of the Eucharist at 3pm (Archbishop Eamon Martin, Archbishop of Armagh and Primate of All Ireland, will be the chief celebrant today, and Archbishop Michael Neary, Archbishop of Tuam, will be the chief celebrant on Sunday) in the recently refurbished Basilica of Our Lady of Knock; the opportunity to receive the sacraments; a youth and children’s programme; and workshops and talks delivered by experts in their field.

According to Bishop Doran, who is one of the organisers of the Congress, “The theme of our Congress ‘Christ Our Hope’, will continue to allow us to harvest the fruits from the 50th International Eucharistic Congress which took place in Dublin in 2012.”

He said it would also serve as spiritual preparation for the 51st International Eucharistic Congress in Cebu in January.

“It offers us as an opportunity to focus, in the light of our Eucharistic communion, on some of the important pastoral questions facing the life of the Church at the current time, especially regarding the need to support marriage and family, and to nurture vocations.”

Speaking to CatholicIreland.net, Bishop Doran said the Congress had chosen to focus on issues that are current in the Church.

“Obviously one of the things that we are trying to do is to reflect on the synod’s focus on the vocation and mission of the family,” he explained and said this was why the organisers had invited groups such as Marriage Encounter, Couples for Christ, the Cana Movement and Retrouville to do presentations.

“We feel that each of these movements, while they are sort of known, they could be better known and that they have something to contribute to support of family life.”

He explained that, “Since we began planning for the Congress, Pope Francis announced the Year of Mercy and published his encyclical on the environment. These are two areas that we will be trying to unpack a little bit for people at the congress.”

“The year of consecrated life is the other and with that, one of the things that we have tried to do is to involve religious congregations in leading some of the liturgies of the hours – to give them a shop window for who they are.”