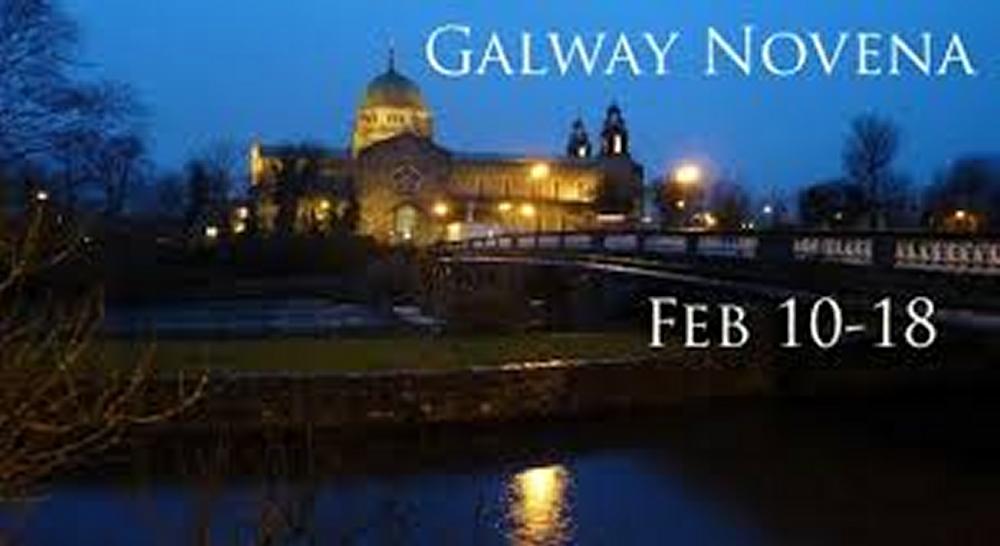 The Solemn Novena to Our Lady of Perpetual Help in Galway cathedral has attracted big crowds, despite being “plagued by severe weather”, Fr Peter Rabbitte, cathedral administrator, has said.

The Novena began on Monday 10 February and runs until Tuesday 19 November, with six sessions each day.

Reconciliation services took place last Thursday, and will take place again today (15 February), and anointing of the sick will also take place at 11am mass. Tomorrow children and babies will be blessed after all masses.

The annual Solemn Novena to Our Lady of Perpetual Help, animated by Redemptorist priests, has been running in Galway cathedral since 1982.

Around 10,000 people have attended the novena on a daily basis all this week.

The theme for the 2014 novena is ‘Faith for the Future’, with Fr Michael Kelleher CSsR, Fr Michael Cusack CSsR and Fr Adrian Egan CSsR taking it in turns to preach at the six masses each day.

Fr Rabbitte believes that a novena has a big appeal for a number of reasons. “People get great support from each other. There is an atmosphere of prayer. They like hearing the petitions, the thanksgivings, the singing and the preaching,” he told CatholicIreland.net.

Novenas held in Redemptorist churches in Belfast, Esker, Ballinasloe and Limerick occur in June each year, but the Galway solemn novena is “the largest faith event in the city and in the west of Ireland,” according to the Redemptorists.

The order also preaches at two novenas in Dublin in May.

At each novena mass, a selection of petitions is read out.

“This year we see a lot of people praying over pressures to do with money and work, or over health issues,” said Fr Rabbitte, who says he has noticed an increase in the number of intentions being put in the boxes in recent years.

It is a special time, he says, that draws people together from all over Galway and further afield. “Often they can be in churches in small numbers, but here for nine days they are part of a fuller, livelier congregation and that gives them hope.”

The large congregation which almost fills the cathedral to capacity includes people of all ages, though mostly older people.

The administrator of the cathedral believes that young people in their 20s are missing due to emigration, and says in previous years they were more visible.

Many people go to Confession at the novena, with some coming back to the sacrament after “a long time away”.

Fr Rabbitte believes that the overall effect of a novena is to give people hope.

“They feel their petitions and needs are being heard by God and that is encouraging. Then meeting so many people in the same situation as themselves gives them hope.”

Novenas date back to the 1866 when Pope Pius IX commissioned the Redemptorists to make Our Lady known under the title of Our Lady of Perpetual Help.

American Redemptorists, celebrating its fiftieth anniversary in 1916, established a perpetual or weekly novena, and in 1943 an American chaplain brought the practise to Northern Ireland.

The novena flourished and spread.

In Galway, the Redemptorists have preached the annual novena for 32 years.