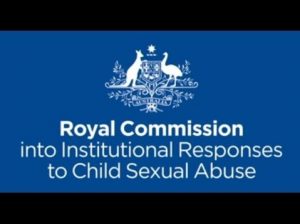 The issues of mandatory clerical celibacy and the inviolability of the seal of confession are once more in the headlines following the publication of the recommendations of the Royal Commission into Institutional Responses to Child Sex Abuse in Australia.

On Friday, the Royal Commission delivered its 17-volume final report which contained 189 recommendations.

The report strongly attacked the culture of clericalism within the Church, saying that it was linked to a sense of entitlement, superiority and exclusion, and abuse of power.

It said clericalism promoted the idea that child sexual abuse by clergy and religious was a matter to be dealt with internally and in secret.

“The theological notion that the priest undergoes an ‘ontological change’ at ordination, so that he is different to ordinary human beings and permanently a priest, is a dangerous component of the culture of clericalism. The notion that the priest is a sacred person contributed to exaggerated levels of unregulated power and trust, which perpetrators of child sexual abuse were able to exploit,” the report found.

The investigation, which began in 2012, is Australia’s longest-running royal commission.

The wide-ranging investigation examined how the Church and other institutions, including schools, responded to sexual abuse of children in Australia over 90 years.

It recommended that bishops and leaders of religious orders must be held accountable for child protection.

The report heard testimonies from survivors of child sexual abuse. Investigators identified 4,444 victims of abuse and at least 1,880 suspected abusers from 1980 to 2015. Of those who were abused in religious institutions, 62 percent were Catholics.

“We have concluded that there were catastrophic failures of leadership of Catholic Church authorities over many decades,” the report said.

Recommendations include that the Australian bishops request that the Vatican consider introducing voluntary celibacy for clergy.

It said the bishops should also request clarity from the Vatican on whether information received in the confessional that a child has been sexually abused is covered by the seal of secrecy and whether absolution of a perpetrator should be withdrawn until the perpetrator confesses to police.

The Vatican acknowledged the completion of the investigation and the “thorough efforts” of the commission.

In a statement, it said the report “deserves to be studied seriously.” It also emphasised its commitment to the Church in Australia as it responds to the sexual abuse crisis.

The statement referred to recent remarks made by Pope Francis to the Pontifical Commission for the Protection of Minors in which he said, “the Church is called to be a place of compassion, especially for those who have suffered, and reaffirmed that the Church is committed to safe environments for the protection of all children and vulnerable adults.”

In Australia, the President of the Australian Catholic Bishops Conference, Archbishop Denis Hart of Melbourne responded to the report stating, “This is a shameful past, in which a prevailing culture of secrecy and self-protection led to unnecessary suffering for many victims and their families.”

He apologised “for this suffering,” and re-iterated the Church’s commitment “to ensuring justice for those affected.”

But he also warned that a priest who broke the seal of confession risked excommunication.