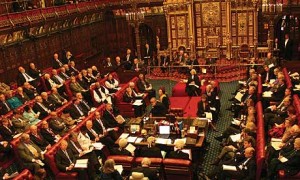 A former euthanasia supporter has warned against the House of Lords’ Assisted Dying bill.

Professor Theo Boer, an academic in ethics, supported euthanasia when The Netherlands became the first country in the world to legalise euthanasia in 2002.

Now, he states in a personal capacity and as an ethicist, that in his native Netherlands, deaths by euthanasia have doubled in just six years.

During the initial five years safeguards seemed to be working and doctor assisted deaths remained level – and even fell in some years.

“In 2007, I wrote that there doesn’t need to be a slippery slope when it comes to euthanasia,” he stated and others agreed with him.

“But we were wrong – terribly wrong, in fact. In hindsight, the stabilisation in the numbers was just a temporary pause.”

Beginning in 2008, the numbers of these deaths show an increase of 15% annually, year after year.

He feels now that euthanasia is fast becoming a ‘default’ mode of dying for cancer patients.

The safeguards about ensuring there is an established doctor-patient relationship have been sidestepped and sometimes physicians see a patient no more than three times before administering drugs to end their life.

The types of illnesses that come under euthanasia have also increased.

Prof Boer, who has been Member of a government Regional Review Committee since 2005 and reviewed about 4,000 cases, reports that initially hardly any patients with psychiatric illnesses or dementia were offered euthanasia but these numbers are rising sharply.

“Cases have been reported in which a large part of the suffering of those given euthanasia or assisted suicide consisted in being aged, lonely or bereaved. Some of these patients could have lived for years or decades,” he states.

He feels that public opinion is shifting towards considering euthanasia a right (rather than an exception), and pressure is being put on doctors who refuse to carry out euthanasia to refer their patients to a ‘willing’ colleague.

“I used to be a supporter of the Dutch law. But now, with twelve years of experience, I take a very different view,” he concludes.

He urged the English: “don’t go there. Once the genie is out of the bottle, it is not likely to ever go back in again.” 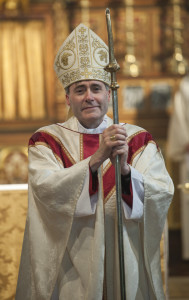 English bishops have been urging Catholics to contact members of the House of Lords to ask them to oppose the Assisted Dying Bill which receives its Second Reading on Friday (18 July).

Bishop Mark Davies of Shrewsbury issued a pastoral letter which was read out on Sunday 29 June all over his diocese.

In it, he warned that the bill may inadvertently lead to the deaths of large numbers of vulnerable people.

He said that Lord Falconer’s Assisted Dying Bill, as it is known, will diminish the legal protection for some of the weakest members of society especially at a time when there has been such widespread concern about the ill-treatment of patients and residents in some hospitals and care homes.

Stating it is impossible to predict the unforeseen consequences of this change in the law, he added, “In 1967, the politicians who legalised the killing of unborn children in limited and exceptional circumstances did not foresee how violating the sanctity of human life would lead to the wanton destruction of millions of lives.”

Bishop Davies warned that the bill to legalise ‘assisted suicide’ will be presented as a ‘compassionate’ measure, whose sole aim is to relieve the suffering of the sick and the aged.

Yet, it is far from compassionate to remove the legal protections provided for some of the most vulnerable members of society.

“The proposed change to our laws will license doctors to supply lethal drugs to assist the deaths of those expected to live for six months or less.”

“If Parliament allows exceptions to the laws which protect the very sanctity of human life it is impossible to predict where this will end,” he said.

He concluded that it is not surprising that many vulnerable people, including those with disabilities, are worried by Lord Falconer’s ‘assisted dying’ bill.

This bill does not offer ‘choices at the end of life’ rather it takes them away, he warned.