Home > News > Church in Ireland on the way to renewal: Archbishop Martin

Church in Ireland on the way to renewal: Archbishop Martin 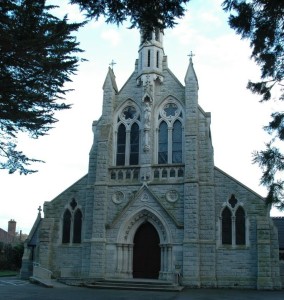 Archbishop Diarmuid Martin has said the Church in Ireland is on the way to renewal and this is evident from the packed churches he has encountered increasingly in recent weeks.

“I believe that we are on the road to renewal in our Church,” he told parishioners packed into the Church of the Annunciation in Rathfarnham, Dublin on Sunday afternoon.

The Archbishop said that over the last few months he has been attending two to three Masses over a weekend in parishes around the archdiocese of Dublin and that, “More and more, I am encountering full churches: churches with a mixed population of young and old and churches with a renewed enthusiasm.”

“I hope that the young and old will contribute to keep that progress of renewal moving forward – a bit like the advent wreath, week by week, and candle by candle,” he said.

Speaking after the Mass where he presided over a blessing and re-opening ceremony, Archbishop Martin told CatholicIreland.net, “You feel something is changing. I see a new sense of hope,” he said.

His comments come as commentators increasingly speak about a ‘Pope Francis effect’.

In Italy, the Jesuit Pope has been credited with bringing hundreds of thousands of Italian Catholics back to the Church.

Italy’s Centre for the Study of New Religions (Cesnur) found in a recent survey that 51% of 250 priests interviewed reported a significant rise in church attendance since the election of the Argentinean in March.

Elsewhere in his homily, Archbishop Martin urged the faithful to re-find the “Advent spirit” and not to be caught up by “elegance and extravagance and comfort.”

“There is something about the message of Christmas that consumerism can never smother as long as we don’t allow that to happen,” he said.

“We prepare for Christmas by trying to re-establish in our own lives and in our hearts and in our communities the desire to create a world of truth, harmony and love and we do that through the integrity of our lives,” he commented.

Referring to the Gospel reading about John the Baptist, he noted that his characteristics were that he appeared in the wilderness where there was nothing sophisticated, and there was no comfort or secure amenities of everyday life.

His clothes were of the very simplest kind and “far away from the false security that we think we can win by having fashionable clothes with designer labels,” the Archbishop added.

Discussing the need for Christians to celebrate Christmas authentically, the Archbishop said he didn’t “want to be considered a spoilsport – we have to enjoy Christmas.”

But he added that this “great feast and celebration of joy is a moment when people return home to be together”.

He told CatholicIreland.net celebrating Christmas’ authentic values was not about “becoming miserable” but of not trying to find fulfilment in things that don’t last.

“Many people will spend so much money at Christmas and will come out of it not particularly happier in the long term. I don’t want to be a spoilsport – Christmas is a time when people should enjoy themselves but they need to enjoy themselves in the things that are important – learning to be together and caring for each other.”

The Primate of Ireland responded to the US radio talk show host’s comments saying, “I think that is offensive.”

“You have to remember that the Pope comes from a background where he has experienced and seen where the market system has broken down.”

“Pope John Paul, who actually espoused the market in quite a strong way, always said that there are certain goods that don’t belong in the market place which can’t be bought and sold – they are the fundamental goods of people’s lives.”

The Mass in Rathfarnham marked the re-opening of the parish church after months of restoration work to upgrade the sound system and the overall interior.

The present parish church was originally opened in 1879 and among the symbols of the parish’s life which were presetned at the re-opening Mass was a trowel used by Cardinal Cullen to lay the foundation stone in 1875.

The parish also launched its first website to coincide with the re-opening and will now stream services over the internet through ChurchServices.tv