Archbishop horrified at ‘traces of racism’ among Christian believers in Dublin

Not only is Advent a season of hope, it is also a time when Christians should think about combating injustice, said 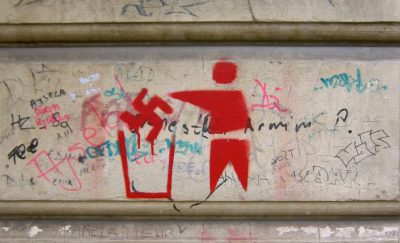 Archbishop Diarmuid Martin yesterday in a homily that expressed horror about expressions of racism being heard among Irish believers.

During the celebration of last night’s vigil Mass in the Church of St Joseph the Artisan in Bonnybrook, Dublin 17, Archbishop Martin reflected on the meaning of the coming of Jesus Christ into human history.

He said that the Old Testament prophets were sensitive to the injustice and sin that they saw in the societies in which they lived and that they looked forward to the coming of the Christ as a time that would bring peace, justice and righteousness.

“During Advent, we think then of the injustice, the evil, the violence, the injustice that exists in our time and we pray that Jesus’ coming will be a moment of deliverance, mediated through the way we believing Christians live,” he said. “The Christian of every generation is called to be awake and attentive to where society is slipping into wrong ways and to cry out like the prophet to return to the ways of God.”

Among the injustices to be found in Ireland today he listed the fact that many are burdened by homelessness and poverty, intolerance and discrimination, suffering and anxiety. He also noted that street violence is on the increase and that this is often linked to the drug trade.

He argued that we are witnessing “the emergence of a new language of racism”, which though understated at times is “just as nasty in its effects on men and women who need our help, our care and our respect.

“I am horrified to find traces of such racism among believers,” Dr Martin said. “The terms ‘refugee’ and ‘asylum seeker’ should only arouse heartfelt concern in the Christian heart.

“We cry out not just as a voice of protest and condemnation. We cry out to God who created the world and all its beauty, who created each of us in his own image, who created humankind as one family.”

Archbishop Martin said that the message of Advent is the confident message of Emmanuel that still today God is with us. He concluded his homily saying: “We cry out, ‘Come Emmanuel’ to free us from all that prevents God’s loving care from invading our hearts with new life and light and hope.”

This year, the Church of St Joseph the Artisan is celebrating its 50th anniversary.