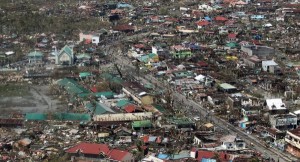 Archbishop Diarmuid Martin of Dublin has asked that a special collection due to be taken up at all Masses this weekend for Syria be used to help relief efforts in the Philippines as well.

The Irish Bishops had announced in their Autumn meeting that the second collection at Masses on 17 November would be directed specifically towards relief efforts in Syria.

However, in a letter to priests in Dublin on Monday, Archbishop Martin said that in light of the calamity in the Philippines, the collection at all Masses on Saturday evening and Sunday (16th-17th November) would be divided between the two disasters: with 50% of the money raised going to relief in Syria and 50% for immediate relief in the Philippines.

“As news continues to arrive concerning the disastrous situation caused in the Philippines by the devastating typhoon, urgent requests are coming from the Church in the Philippines for prayers and for help to provide immediate relief for hundreds of thousands of people who are struggling simply to stay alive,” Archbishop Martin wrote to his priests.

“I would ask you to appeal to Mass-goers to be particularly generous in the face of these two disasters,” the Archbishop appealed.

“I am conscious of the fact that many people here in Ireland are under great financial pressure at this moment, but I have no doubt that those who can, will be willing to support the Filipino and Syrian people.”

On Sunday evening, Archbishop Martin will celebrate Mass in St Mary’s Pro-Cathedral at 6.30pm for the situation in the Philippines.

He said many members of the Filipino community in Dublin are anxiously awaiting news of loved ones as the scale of the damage caused by the natural disaster continues to unfold.

He has invited all who wish to join with him in prayer to come to the Pro Cathedral on Sunday evening.

Last Sunday, Pope Francis prayed for the victims of Typhoon Haiyan after the Angelus in St Peter’s Square.

The Pontiff called for silent prayer, and then led the faithful in a recitation of the Hail Mary. He urged the thousands of pilgrims gathered before him to help their brothers and sisters in the Philippines concretely, as well as through prayer.